Ahh…my first week of relaxation and catching up on crafts, sort of.

Because of how the dispatch company I work at is set up, this year they pulled English assistants out of the public schools a record week before graduation, adding another week onto our unpaid downtime as part-time workers before our contracts begin again in mid-April.

So, I figured time would be abundant and I’d tackle crafts.

I’d also study for the JLPT N2 this year, something I’ve been doing daily since the new year begun but have been afraid to say anything about lest I jinx it.

I decided, last Tuesday, to just tackle another large Disney Animator doll from the BOX OF DOLLS.  I picked one of the three Snow Whites I have.

I’ve long thought that Snow White wouldn’t be thrilled with the amount of Snow White merchandise that features apples: apple scented Snow White hand lotion, apple earrings, and so on.  If I were Snow White I’d sure have some serious apple-related trauma to deal with. My idea was to keep Snow White herself, but update it to a Snow White who has been THROUGH her ordeals and come out the other side.

I think this is the 1st generation of the Snow White Disney Animator’s Dolls because she has the shortest hair, which was in keeping with the vague idea I had for her.

I pined her hair away, covered her body, and then removed all her makeup with 100% acetone. There were faint hints of where her lip color had been but I’d be giving her darker lips so it didn’t matter.

Then I sprayed three layers of Mr.SuperClear (MSC) UV Matte (allowing them each time to dry) and started with the first layer of chalk pastels.

Then, over the next day, I built up pastels/water color pencils and layers of MSC…feeling MUCH better about my grasp of eyebrow shapes and location but like I need to do some sketch studies of eyes before my next few dolls. 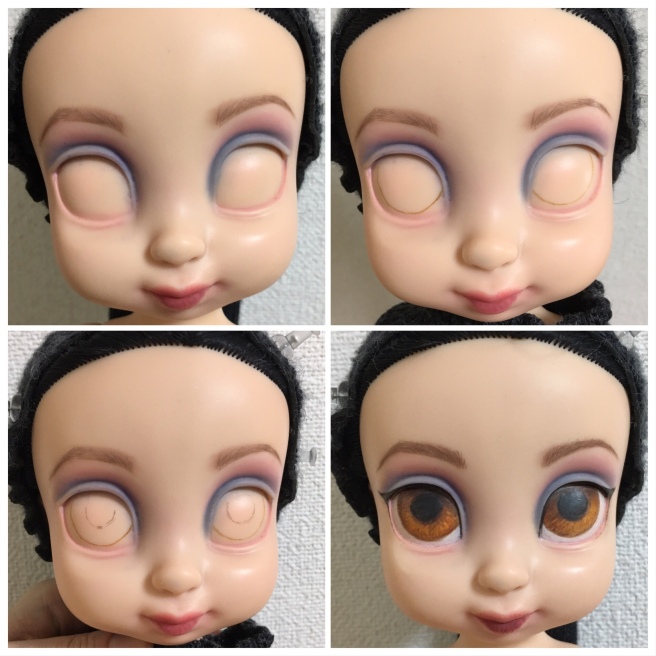 It’s at this point that friends on social media usualy remind me how deeply creepy these images are.

Then came the tattoos. I primed her chest with MSC and got my magnifying set-up out and started to free-hand. Some doll customizers use nail transfers to do doll tattoos but what I wanted to do wouldn’t be readily available in that form.

My friend Whitney has awesome tattoos and the idea of adapting Snow’s bird-buddies for chest tattoos draws heavily from Whitney’s real life ink. Whitney’s birds are more traditional but she has AMAZING Oz-related sleeves…and I have a poppy on my back and use Ozma as a stage name. We met way back in the day on LJ just because of Oz-related icons. More on her later…

This is the tattoo midway through.

As you can see, the sword and the apple are a visal riff on the Evil Queen’s heart box. You know the one she had handy to be all “Hey, huntsman, go kill Snow and THEN put her heart in this decorative heart-stabby box.”…except instead of a heart being stabbed it’s and apple because…well… DAMN APPLES.

This would be around Thursday, at which point I got an email from my company saying:

Hai!
Yeah.
So…. your next contract? It starts on your birthday. Yay. We’ve cut back your hours even though you were very specific. La la la la la. And we’ve put you in a school situation that you’ve specifically said “NO, Don’t. Nope.” to so there’s that. HAPPY WEEKEND.

Dramatic re-enactment of my reaction to this.

Sure, I was planning for this to be my last year with them. It’s part of why I’ve upped my Japanese study rate and desire to get N2 and eventually N1 certification…so I have more options. But ESCANDALO none the less.

I have since contacted my company with questions…and got a lovely email back that answered approximately 25% of my concerns/questions. 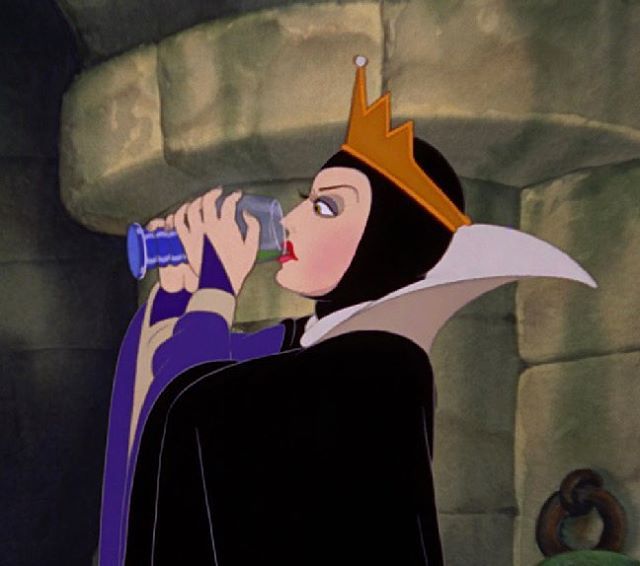 Luckily, my resumes are ALL up-to-date.

Saturday, after teaching dance classes, this is where Snow is. Her lips and eyes have been fixed and glossed. I found a 100¥ bandana print headband and reduced it to her proportions.

Here’s where she started and is now.

And….here is Snow and Whitney…because as soon as I posted Snow, Whitney was all “I love her but she stole my look.”  In turn, I stole a picture of Whitney looking very Snow. 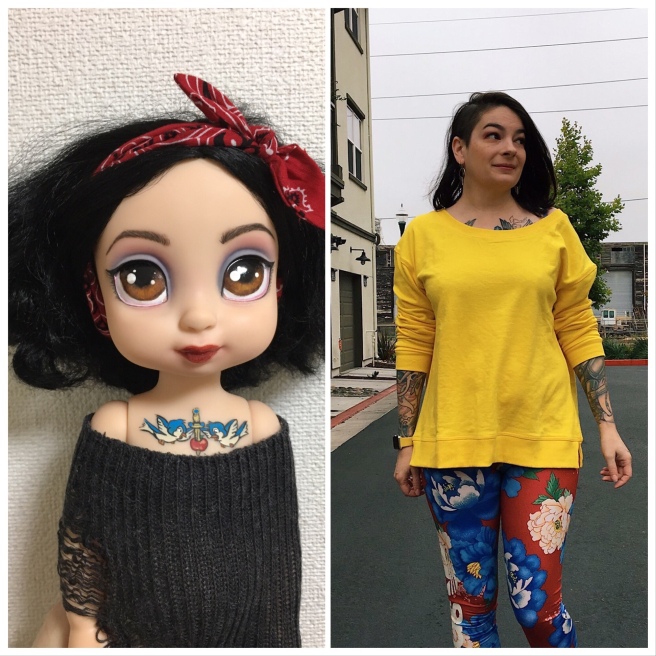 I’m currently knitting Snow her own yellow, wide, sweater. Tomorrow, as I take my train to my first job interview, I’ll be bringing my knitting needles to relax my nerves.  I also have enough left over denim fabric from making tiny doll jeans to create some jeans for her.

I’m glad I have art supplies to ride out the stress.

One thought on “Snowover it.”