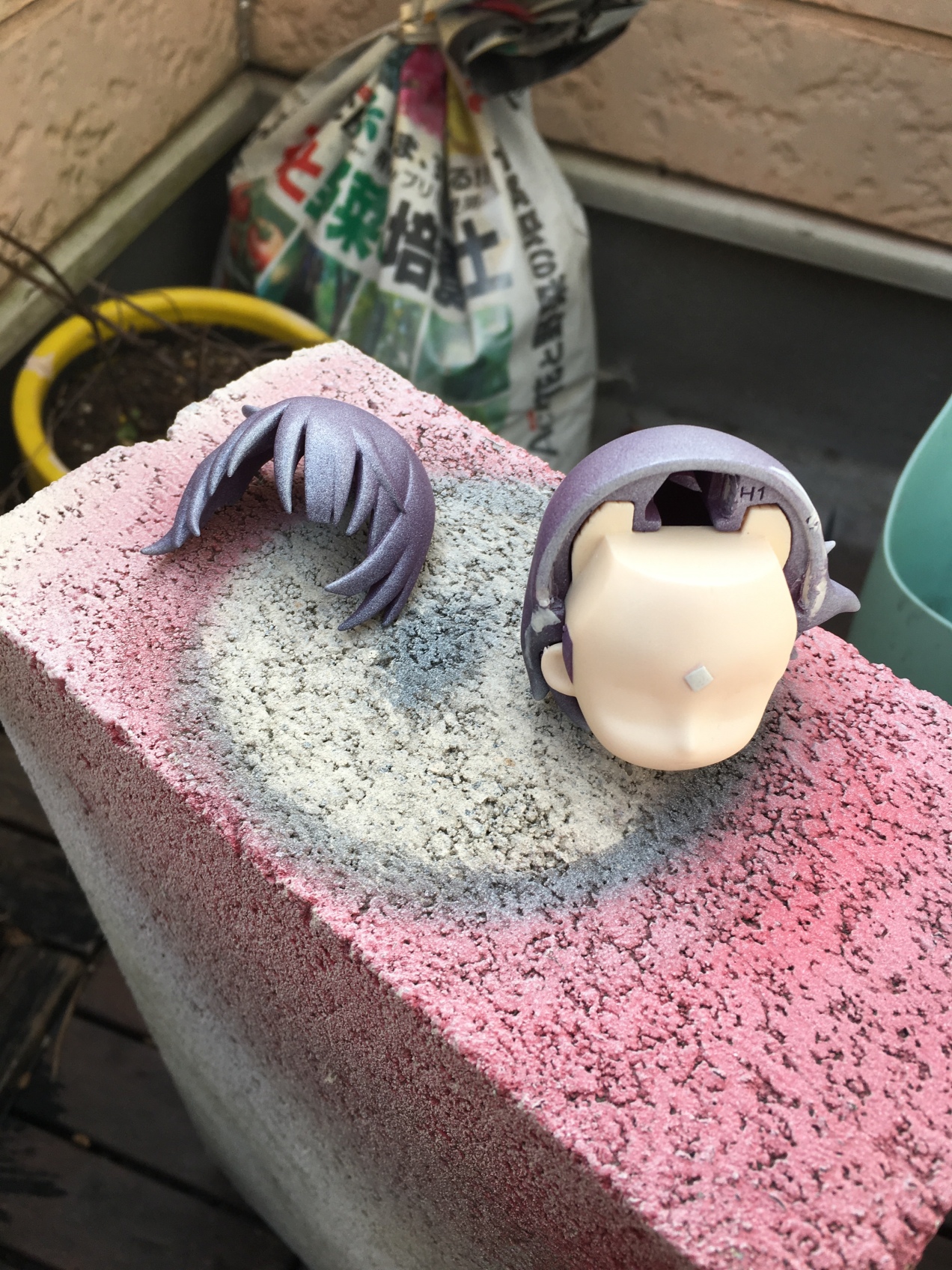 I roam the Hobby-off (a used toy/hobby shop) with no real plan in mind. Sure, first I scope the dolls but then I just wander the figures until something speaks to me.

This isn’t unlike the time shortly after my first move and job change within Japan in August of 2004. I hadn’t planned to stay here…and then I was offered a new job. My cash was low, so I had to borrow money for the move.

There was a “recycle shop” near my new place with a used sewing machine for 3,000 yen, about 30 usd at the time.Worth  every yennie.

I’d already started hand-altering and embroidering my clothing about a year earlier. It was a way to cut down on the temptation to shop aimlessly. I’d also gained and lost weight in my first few years here so I had items that needed to be taken in.

My weeks at my new apartment I was broke but my new job was yet to start. My entertainment was sewing.

What will I make? What can I make?

I’d look at my pile of things I don’t wear and either alter them…or totally seam rip them and make something new. An old jacket became wool scraps became a purse. A dress became a tissue box cover and purse lining and so-on.

The Hobby-Off trips are similar.

Banpresto makes a lot of small figures, most of them for claw machines/UFO catchers.I pick them up used. They can be great presents for my geek people back home.

This is a figure from Monogatari, a series I know nothing of.

She was around 200¥ and reminded me of Raven. I wanted to see how customizable these figures are. They have the same plastic and proportions of Nendoroids but aren’t poseable and are way cheaper. I have a Nendoroid face a friend would like me to customize later.

If it were a Nendoroid I’d just pop the hair and face off easily, they are made to have inter-changable faces.

This figure isn’t meant to be changed, I pried the hair off with a flathead screwdriver and removed her face with paint thinner (not acetone).

The heads are easy to remove and the bodies come in half. I assume she came in a box and had to be put together.

I removed her skirt and started removing her extra clothing with an X-acto knife.

I should probably learn how to film this stuff…not because there’s a need for more tutorials but because there might be a kink market willing to pay for such visuals.

I wish I’d slimmed down her chest/upper body more.  Regrets. Then I started smothing things out with Tamiya Epoxy Putty. I wish I’d glued the torso to the bottom half before this step because not doing so created cracking when the torso experienced pressure and I’d have to do it later. There are slight seams on the product now.

Not pretty. I not do a better job of clearing the work area of lint.

After sanding I added more potty to create Raven’s power/chakra/thingy and build up her suit.

More sanding and I decided to make THIS Raven more of the neutral gray hue they use for her in Teen Titans and Teen Titans Go.

I wish I’d gotten the chest a bit smaller and smoother and sanded more of the putty where the stocking indents were. Live and learn. I also started painting the hair with acrylics to make sure it took well.

This is where we are now.

Next up I’ll work on her face, fix it, and then assemble her and do final paint touch-ups and gloss up her red power belt.

I’m about to have a month free from my regular teaching job. This means hustling more on the dance side, probably doing some paid cleaning work, and having time to craft. My goal is that by the end of the month having some of my larger Disney Animated Dolls finished and listed on Japan Mercari as a test to see if that’s a good local selling option for me. I also hope to get closer to finishing the reroot on the Belle-to-Melody for my friend Gina’s child.

There are plenty of crafts to be done, this is what the area about my computer looks like right now…