This should be no surprise to anyone who knew me shortly after college when I started to amass a collection of female action figures. It seemed like a hobby that had limits because action figures were even worse back then about not producing or short packing female figures.

I moved away from my collection and, behold, 16 years later realized I COULD MAKE MY ARMY MYSELF.

JINX in the works!

I mean, Starfire and Raven need to have a (woot woot) GIRLS NIGHT OUT.

I found this used, bagged, Monster High Doll, Operetta, at Dollyteria when I went in last week to cash in my point card before it expired. She was stuck into one of the bins as I was browsing. 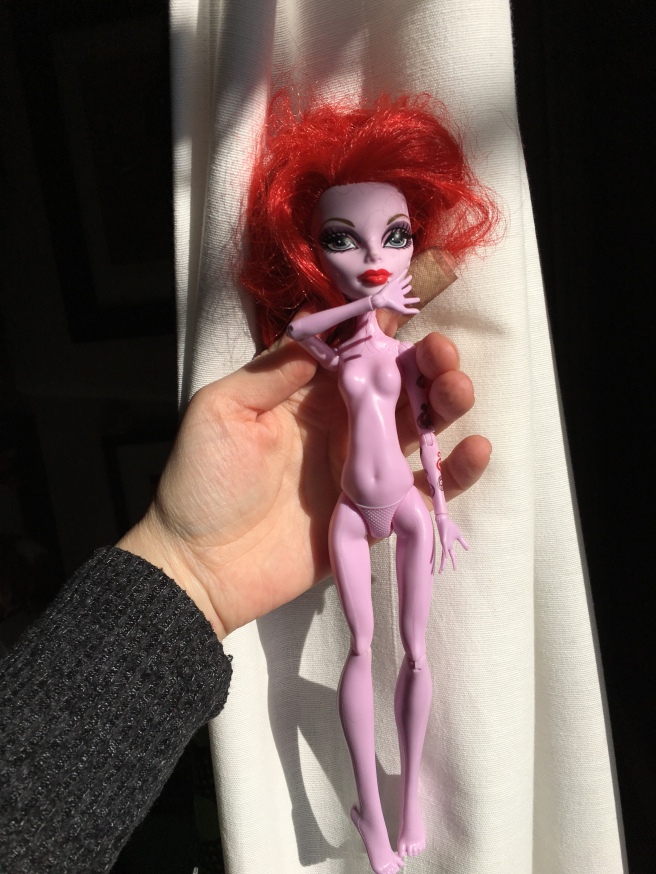 And her previous owner had melted some of her hair, so I knew I’d be rerooting her.

I wrote about her hair rerooting in “Hair Meditation” 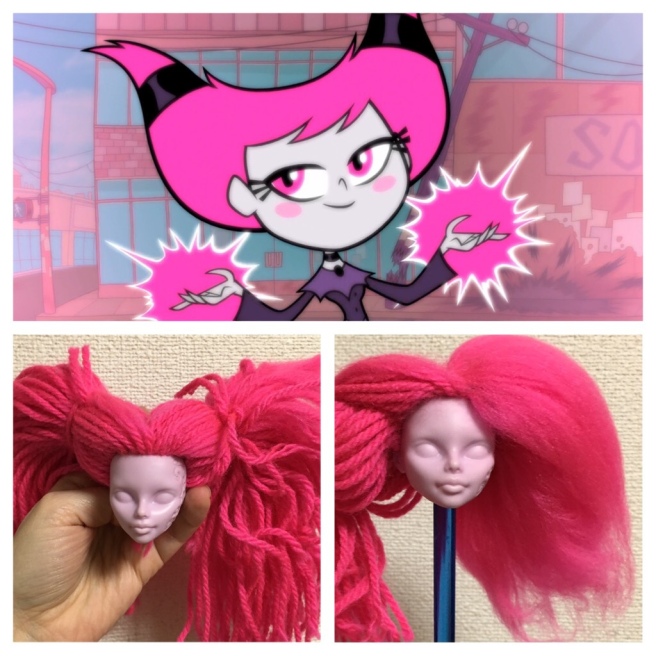 Does Jinx have pink skin? Not really. It’s kind of a dusty gray/purple but when you put SHOCKING PINK hair on her it bumps the skin tone down a notch.

Does Jinx have swirls carved into part of her face and arms? Not to my knowledge but it didn’t seem it’d be that odd for her to have some sort of “jinxing” marks. Jinx in animation like Teen Titans and Teen Titans Go is WORLDS away from her original character…who was a cancer-bald badass Indian super villain in a loin cloth…and serves more as a naughty super powered teen who has moments of just fun.

She’s generally Perky Goth to Raven’s more classic goth…but you know when Dead or Alive’s ‘You Spin Me Round’ drops they both can’t resist dancing…and that’s what I’m going for.

Again I used photoshop express to mirror flip images to get symmetry close. 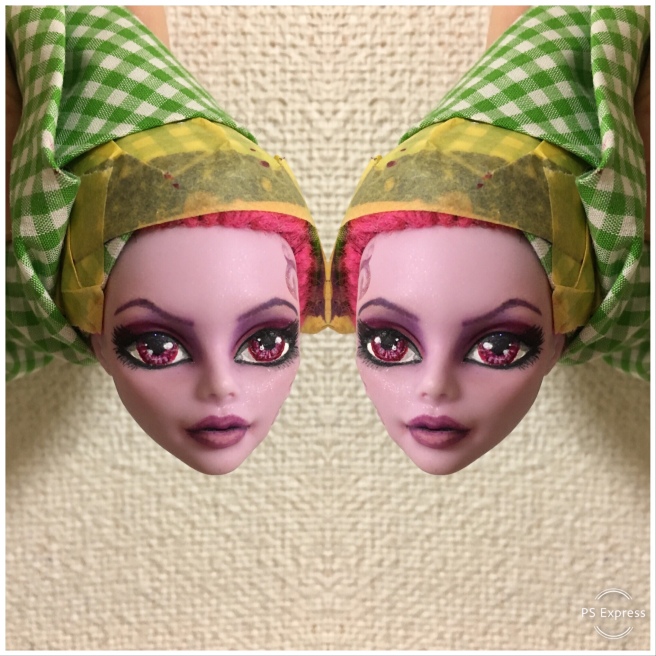 I still struggle working on this scale. I used to draw on huge rolls of paper and work much looser.

I also noticed the neck peg was showing signs of wear so I put a layer of Tamiya Epoxy Putty on it. Don’t want the peg to snap after I’ve worked hard.

And this brings us to the hair. How was I going to shape Jinx’s hair? Well, I decided to make soft horns out of felt and stuffing. I wrapped and stitched down some of the shed acrylic fuzz left after brushing out her yarn (SO MUCH OF THAT).

I left a patch of scalp un-rooted on both sides of the head. 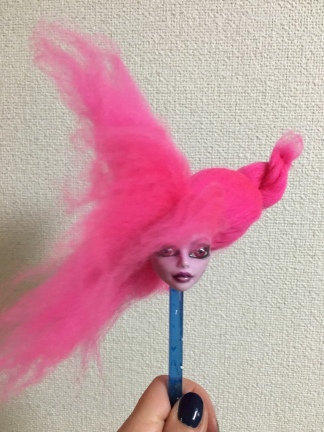 I coated the patch, and the felt base of the horns with liquid fusion and allowed to dry. I wanted to build up that glue base on the horn a bit.

This horn will later be attached to the remaining horn-hole, pinned until the bond is formed, and the hair will be shapped around it and joined with elastic. I’m still figuring out if I want to color a band of hair black between the holders or use an elastic black band for the area near her hair point. It’s temporarily elasticed on one side to keep it out of the way but I have bang/trim shaping to tidy up and some last minute face touches to apply.

But now I rest and let things dry.