The day after I wrote about craft as meditation the world decided to throw me a curve. Someone I had once been friends with has done something I can’t stomach and legal action against him has thus been thwarted.

I blocked him. I posted the information and screenshots I’d received as proof of his actions. I took a tea cup he’d once given me outside and smashed it with a broom and then swept up the shards.

I went inside and worked on Diana Prince.

In the 70’s, after Wonder Woman’s original creator had passed away, her readership had been flagging. Then Wonder Woman became the New Wonder Woman for a while. She gave up her super powers and became Diana Prince who ran a mod clothing shop, was a martial arts expert, and a ass kicking super spy who’d get dropped into any 70’s issue or fad: cults, biker gangs, occult witches, drug running, violent hippies and more.

And she might have been stripped of her powers but, damn, she embraced color blocked fashion and was styling. The look of these issues were lush, blending true romance comic art, 70’s ads, up to date fashion, and ass kickings

More info on this run.

I once bought a 1970’s chiffon dress in pink and yellow because it reminded me of her outfits.

In early December when my Step mother sent me three random used dolls, and one of them was a DC superhero girl Wonder Woman I knew I wanted to make Groovy and Hip Diana Prince. 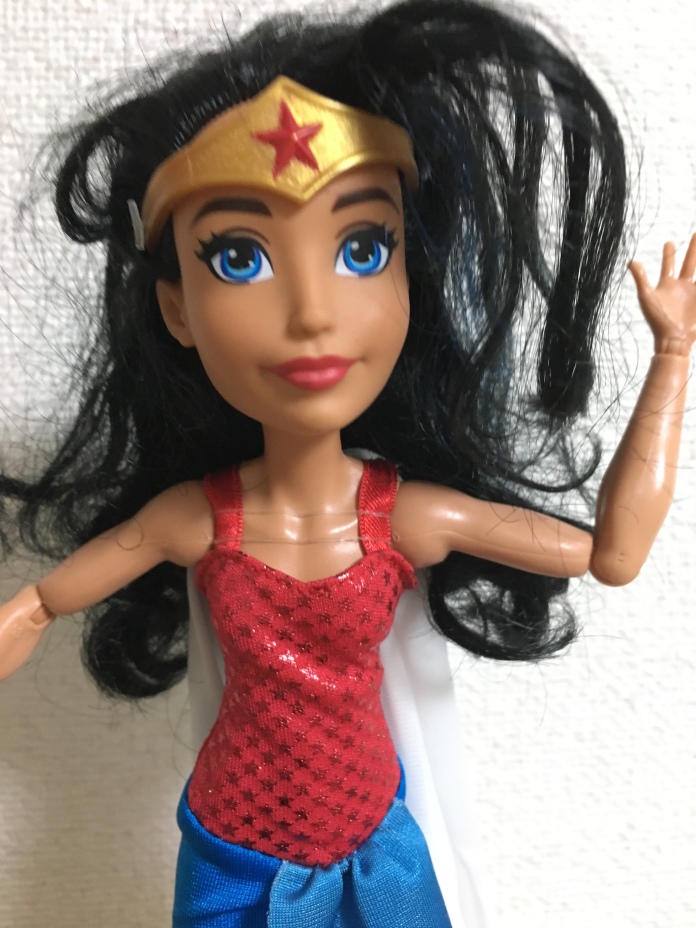 She’s not my favourite version of WW but she’s the most visually compelling for me.

First I cleaned up her hair and gave it some curl.

I removed her face with Acetone and adjusted a Barbie jacket and dress to better fit her. I still need to reline the jacket in something without a Barbie print. 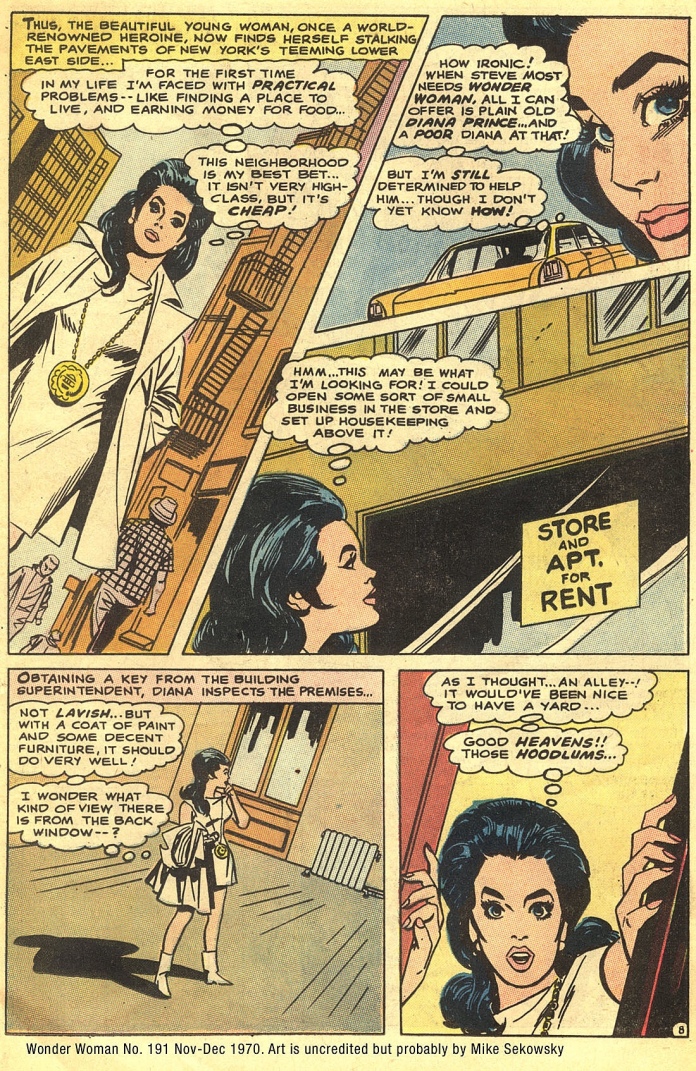 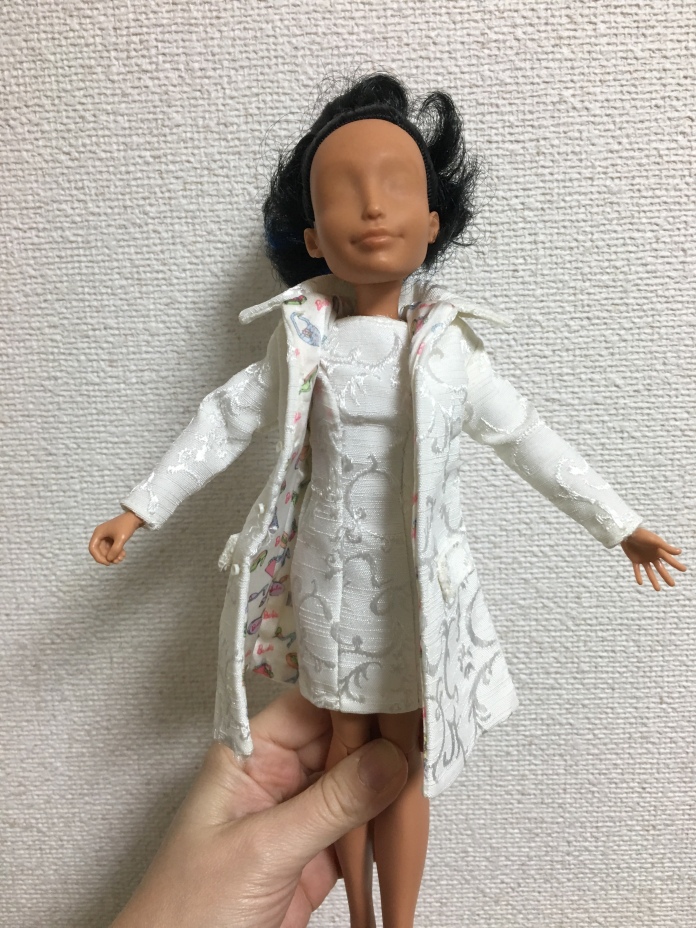 I’m still getting used to working this small and getting the eyes smooth (without some lumpiness of the white acrylics) is alluding me. Still, each time gets better.

And I added false 3-D lashes because if ever there was a Diana who was lashtastic it’s Romantic Spy Boutique Diana.

At a friend’s suggestion I used a black pipe cleaner as a “bump it” to increase hair volume. I realized my previous hair curling wouldn’t quite work for the new “bumped” style so she’s been gently boil permed again and is now waiting for everything to dry.

Which is fine because tonight and tomorrow I’m at live music and dance rehearsals where I am feeling imposter syndrome revving up as nervousness starts to shut down my second language skills.

I’m in a coffee shop on break to get some food and caffeine in me before I go back.

But, when I finish tonight, and spend an hour on the train getting home, I know the dolls in doll spa, like Diana, will be happy to see me.