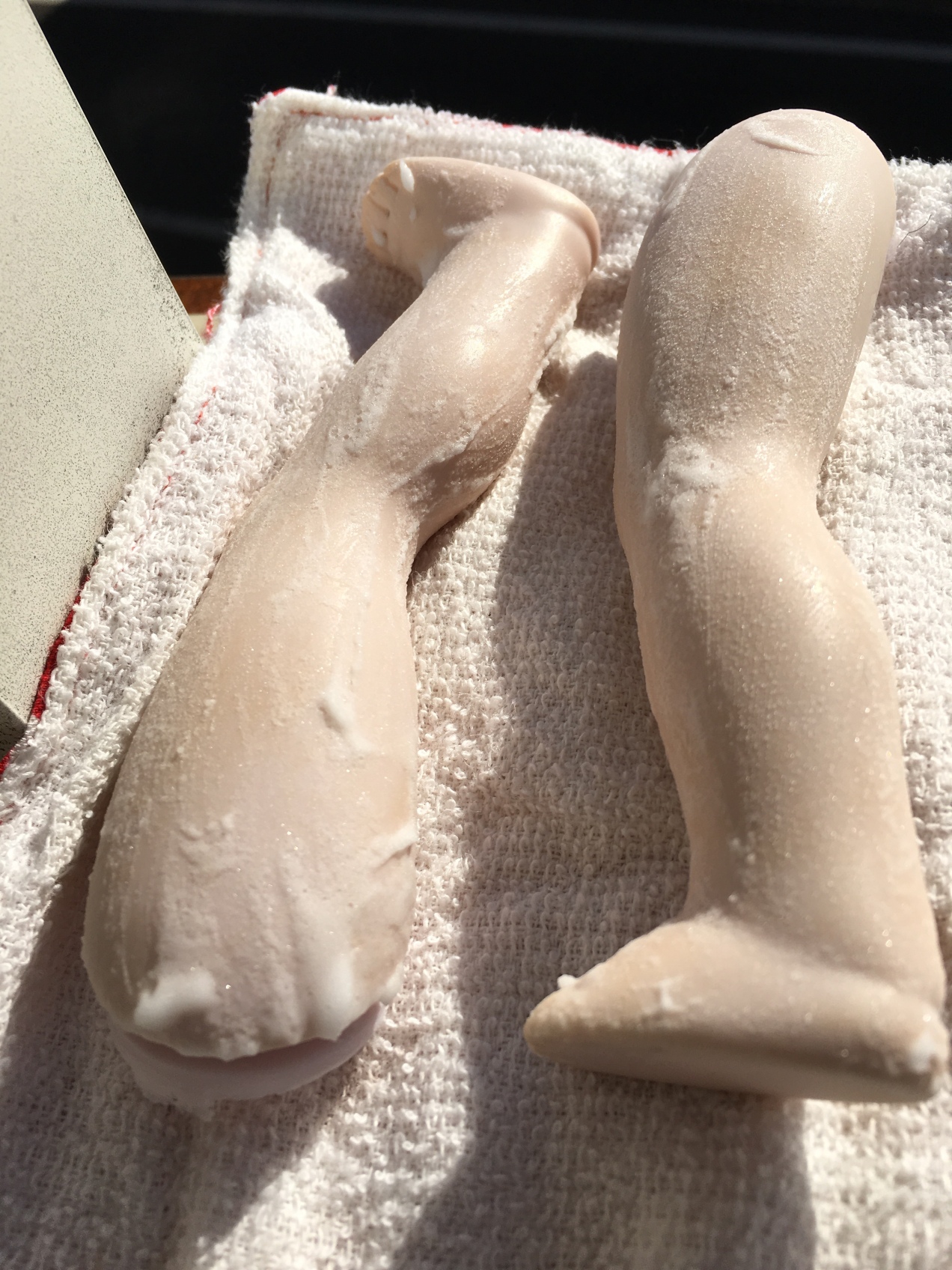 What’s on my balcony? 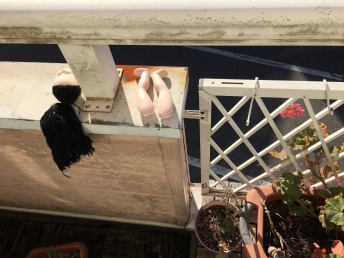 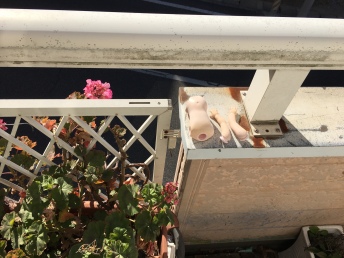 I couldn’t resist. There’s been a Living Dead Doll at the Kashiwa Hobby Off. She was in a tightly sealed baggie. I resisted for over a month.

I know nothing about LDDolls. If I’d taken the time to figure out who was in the bag before I bought I would have been ahead of the game.

Here is what I bought. 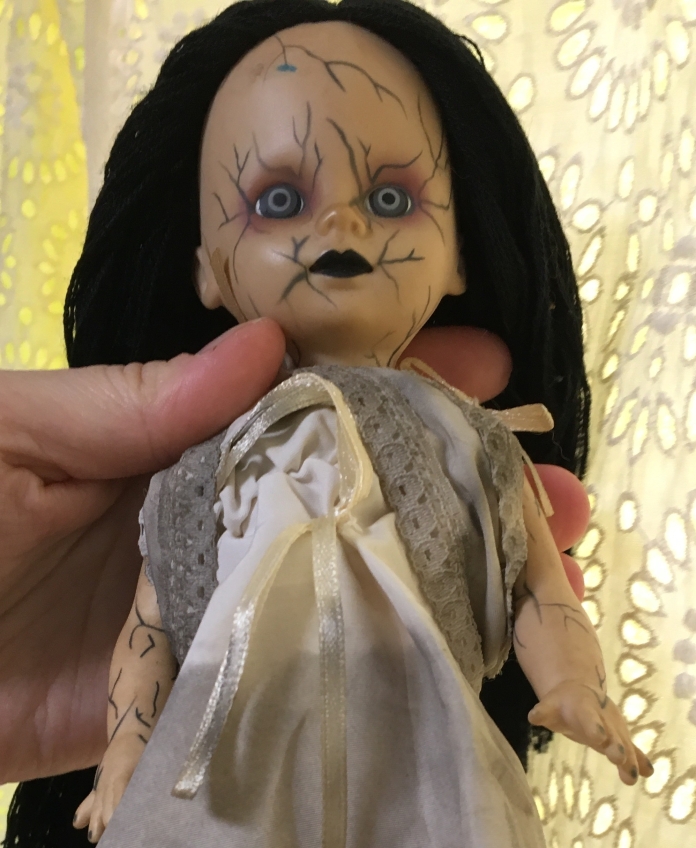 Here is what she should look like. Hush from series 6 of the Living Dead Dolls. 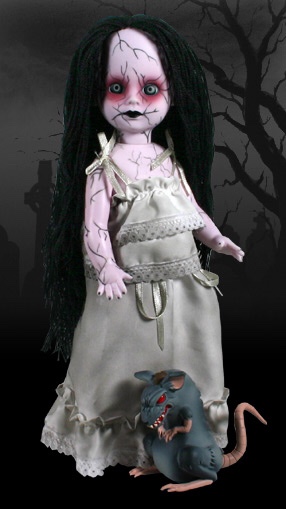 You know what hit me when I opened that bag?

Just waves of it. 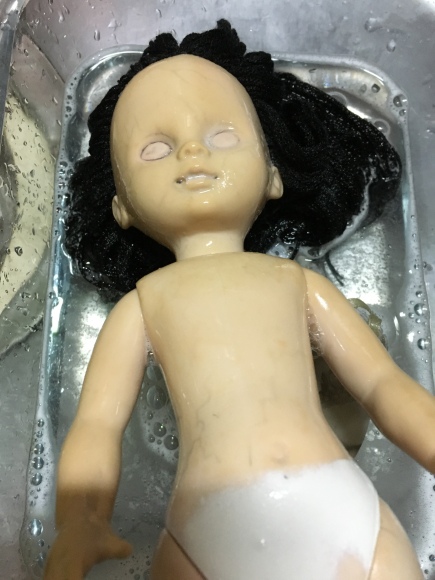 It’s the worst where her outfit didn’t cover, like her face and shoulders…but the smoke was so absorbed by the vinyl that there are stains and discoloration even UNDER where her underwear was painted on. 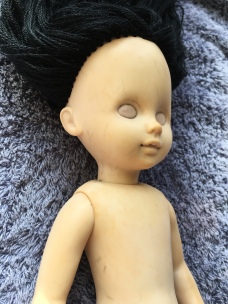 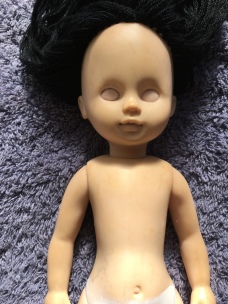 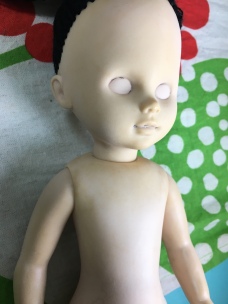 But nothing really explains it better than once I realized I’d have to take her apart. Look at that color difference. This is after scrubbing and soaking. 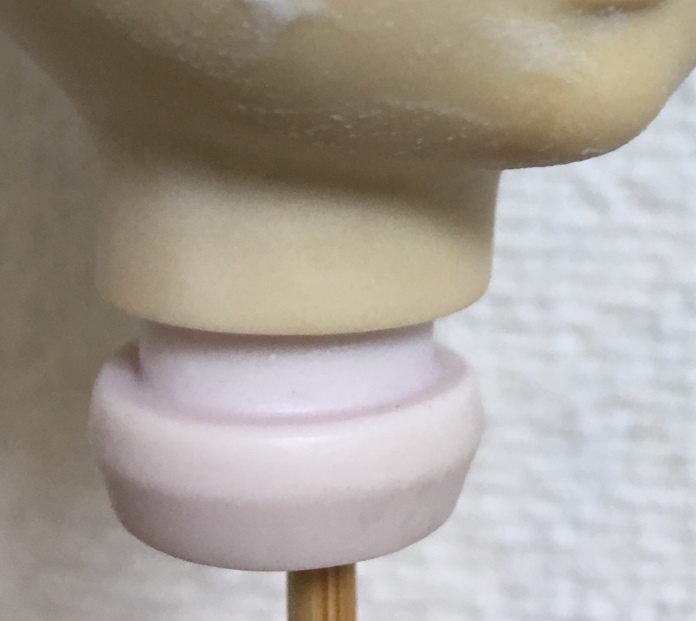 I’ve been trying to get the sun, what short amount we have each day, to help do the work.

I’ve scrubbed them up in a slurry of baking soda/ hydrogen peroxide/liquid soap and have been putting them out on the sun. 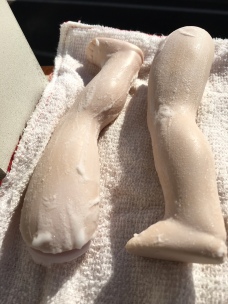 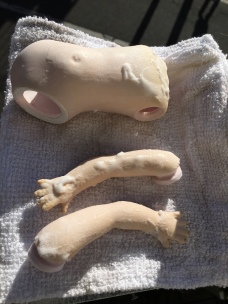 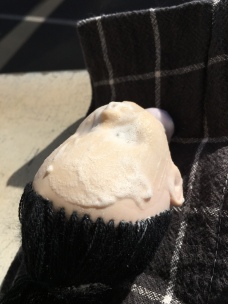 It’s new years eve and her torso and limbs are soaking. Her head has been re-slathered and is on my balcony to see the first sunrise of the new year, as is custom in Japan.

If anyone has tips on how to battle soaked-in nicotine I’d love to hear it.

One thought on “Hush Makeover”