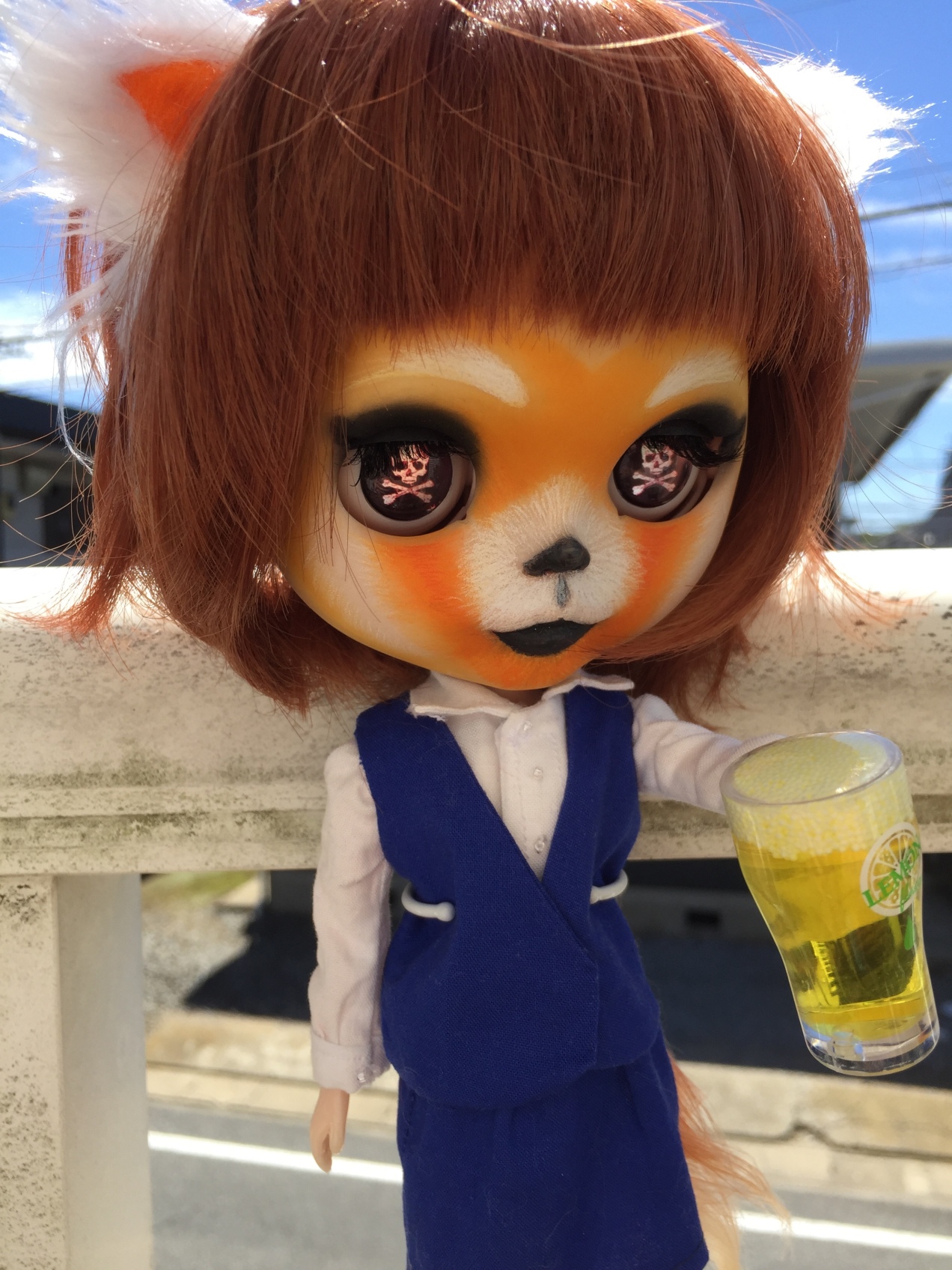 Let’s move along to finished projects I should have told you about ages ago.

My Aggretsuko Blythe! Just in time for the Netflix Christmas Special!! 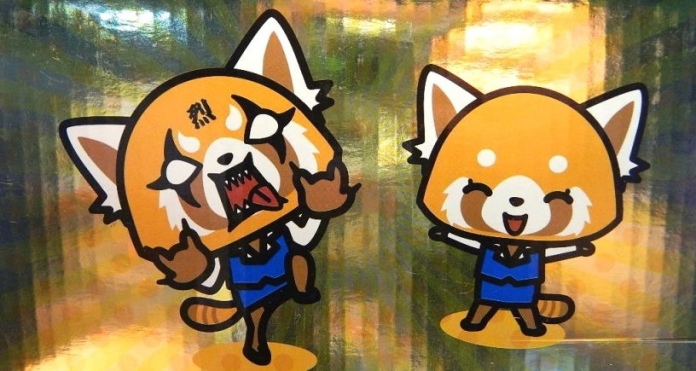 Her face just wasn’t right last time. I realized that it was because I’d given her lips. Red pandas have mouths that pop out from under white fur. 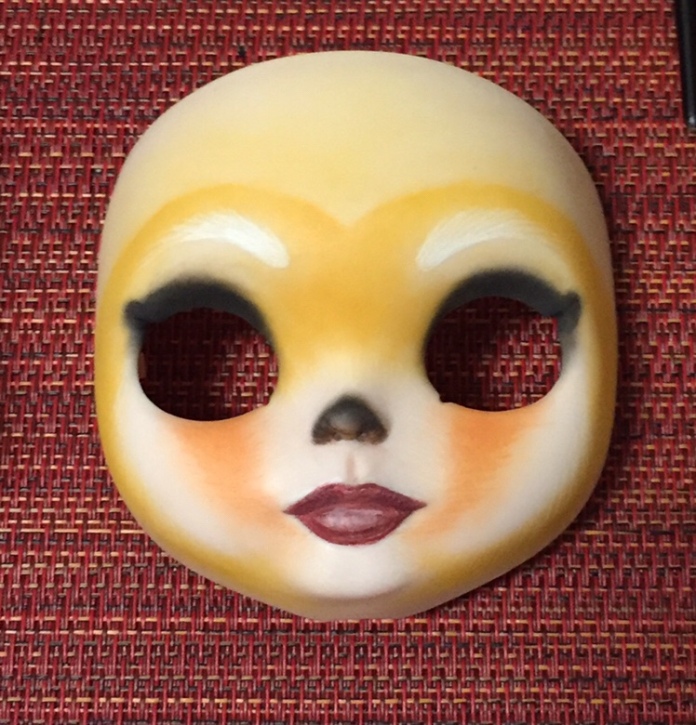 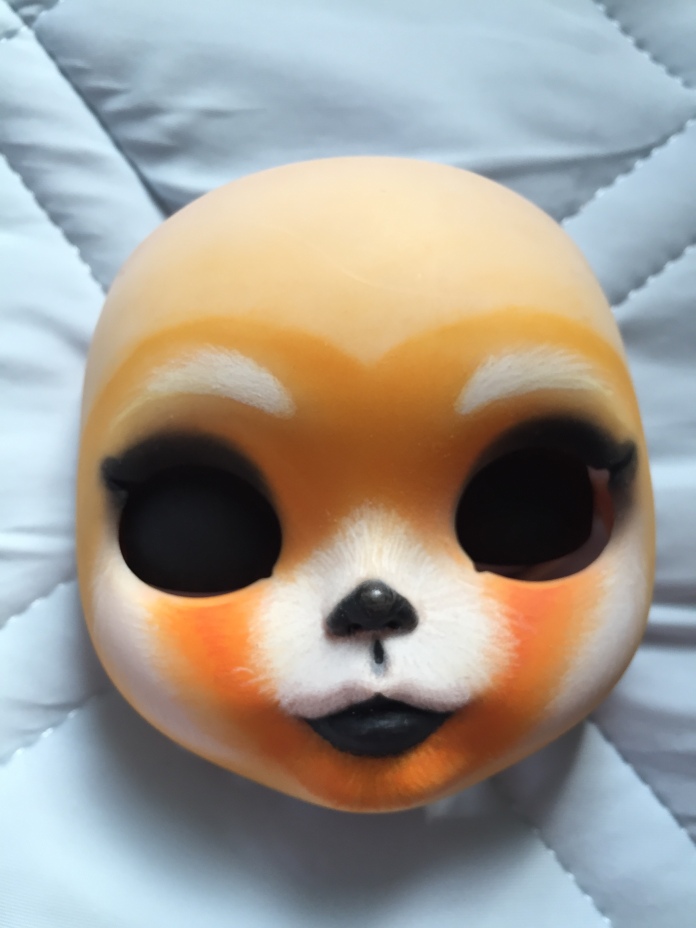 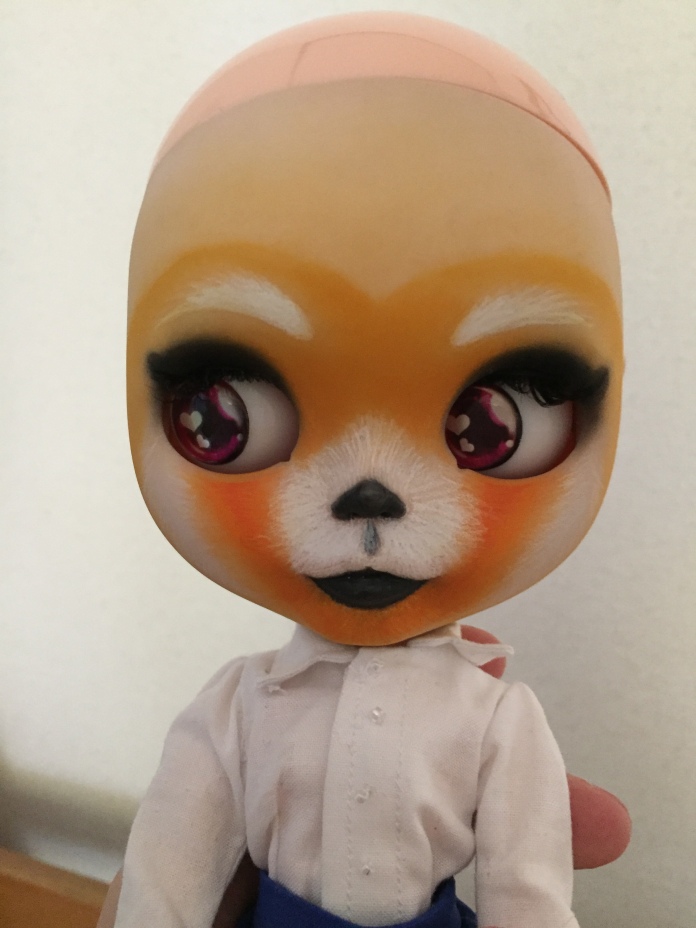 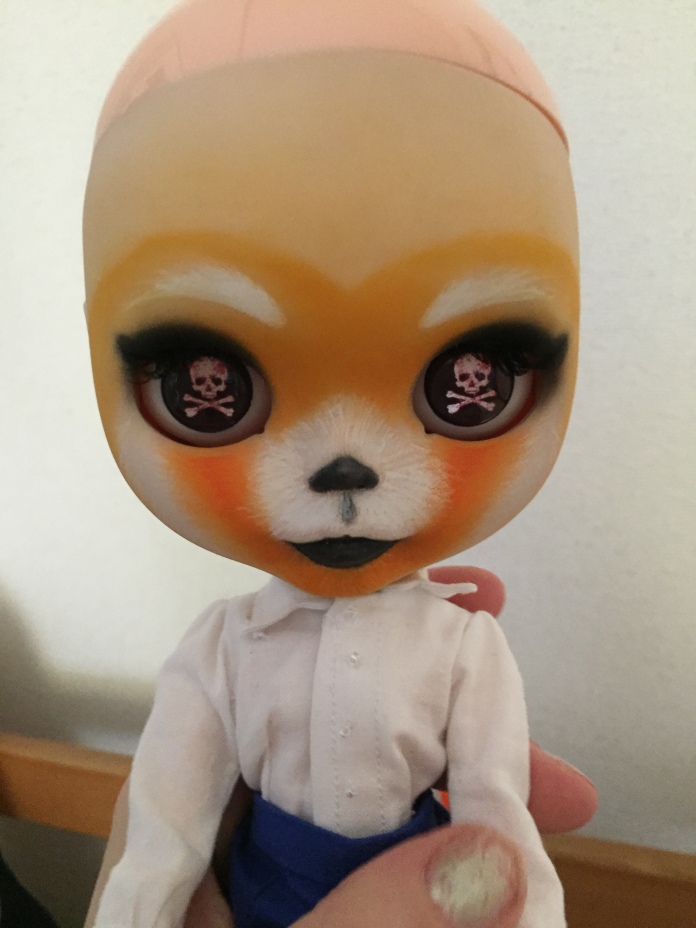 I also used a pattern book to make that tiny shirt. I drafted the skirt myself.

Local wig! I decided to trim it after this picture. I made the ears out of white fake fur and orange felt. They are lightly stuffed and stitched to the wig. 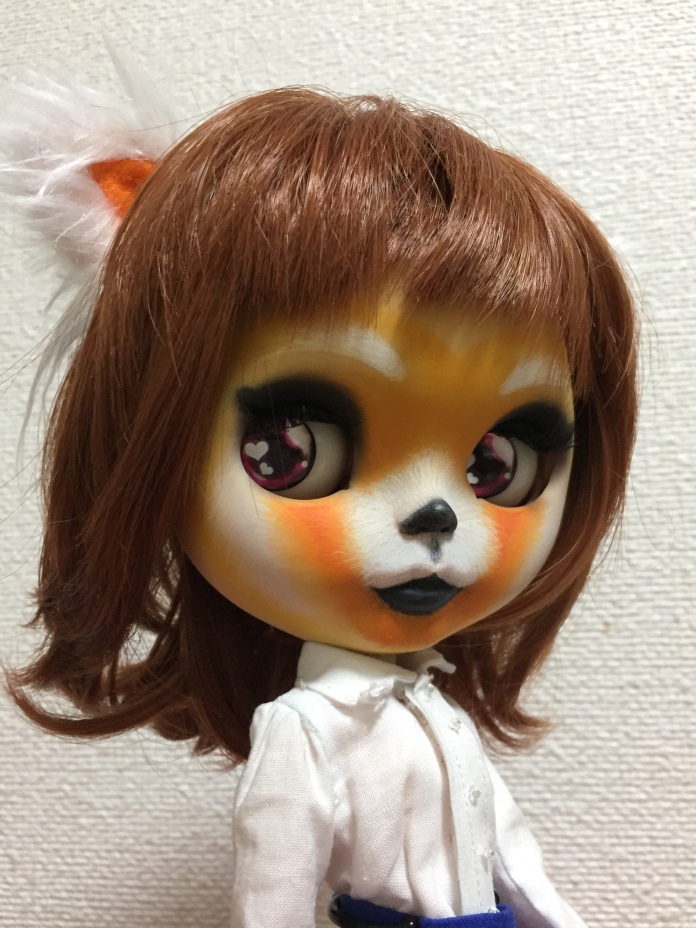 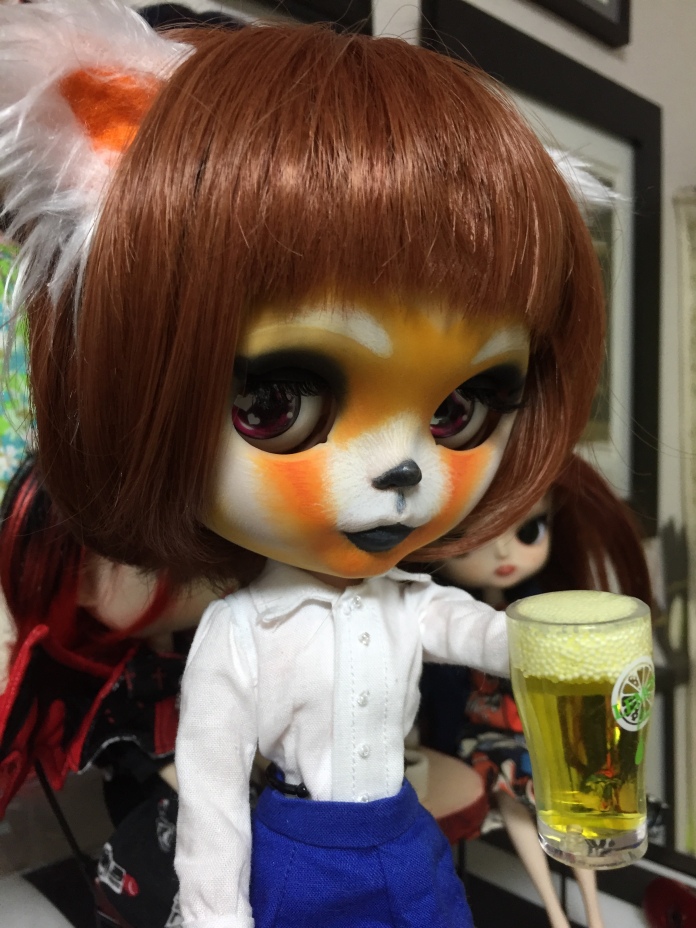 I used a pattern book again but altered a jacket pattern into a vest pattern.

With leftover white fake fur (I painted with watered-down acrylics and brushed between colors to prevent clumping) I created her tail. 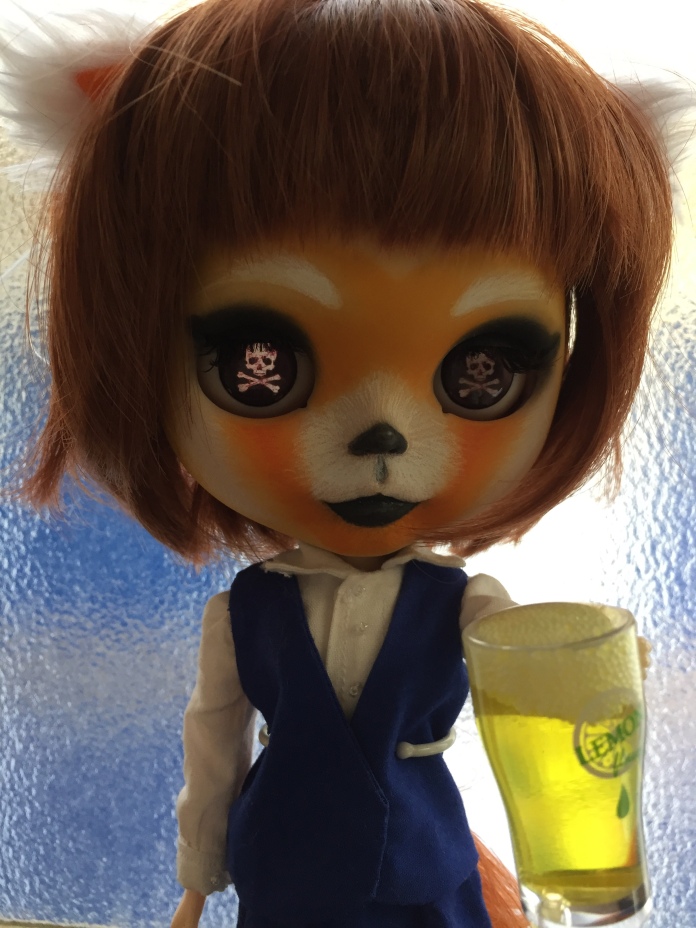 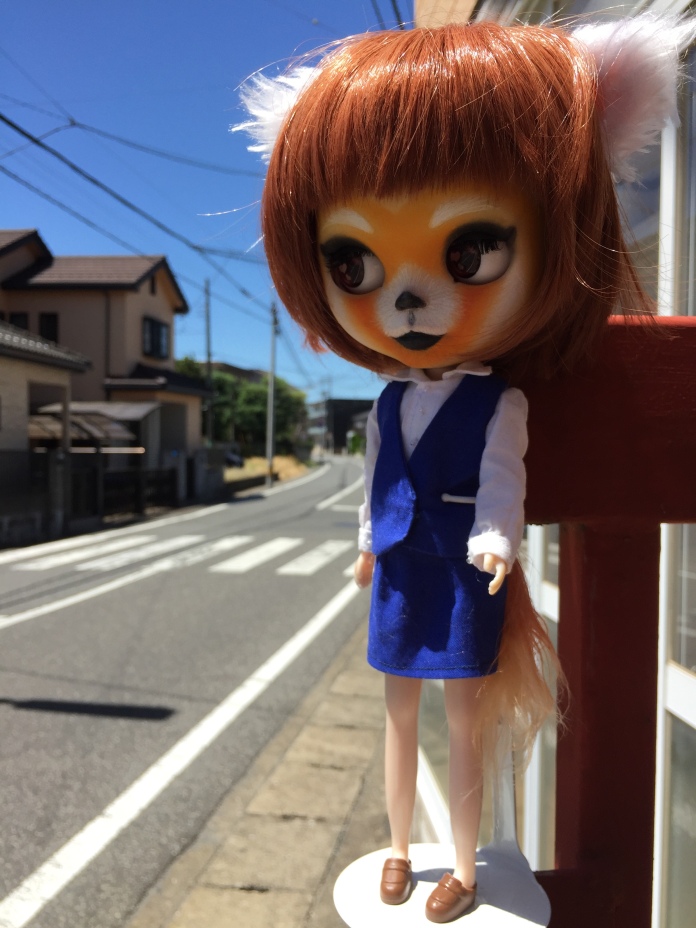 I also drew one pair of her eyes and glued them to 14cm glass cabochons. 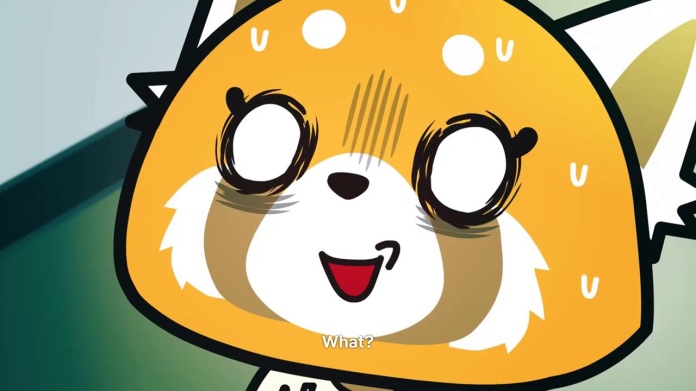 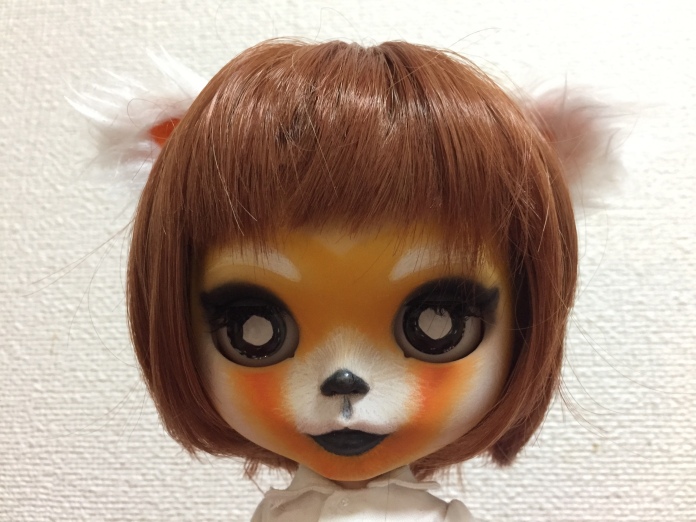 And printed out the last pair and glued them similarly 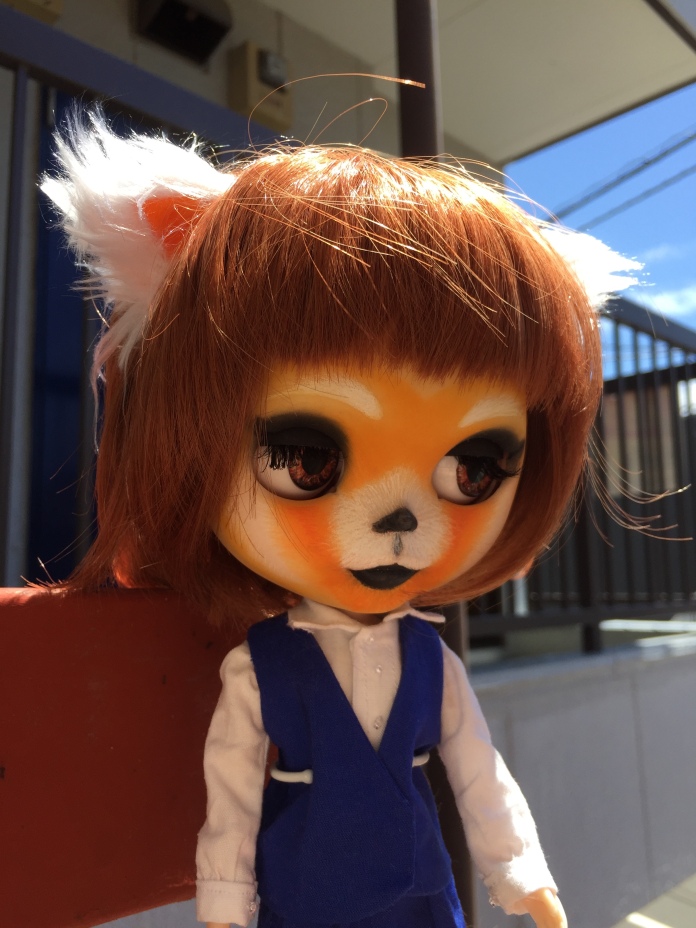 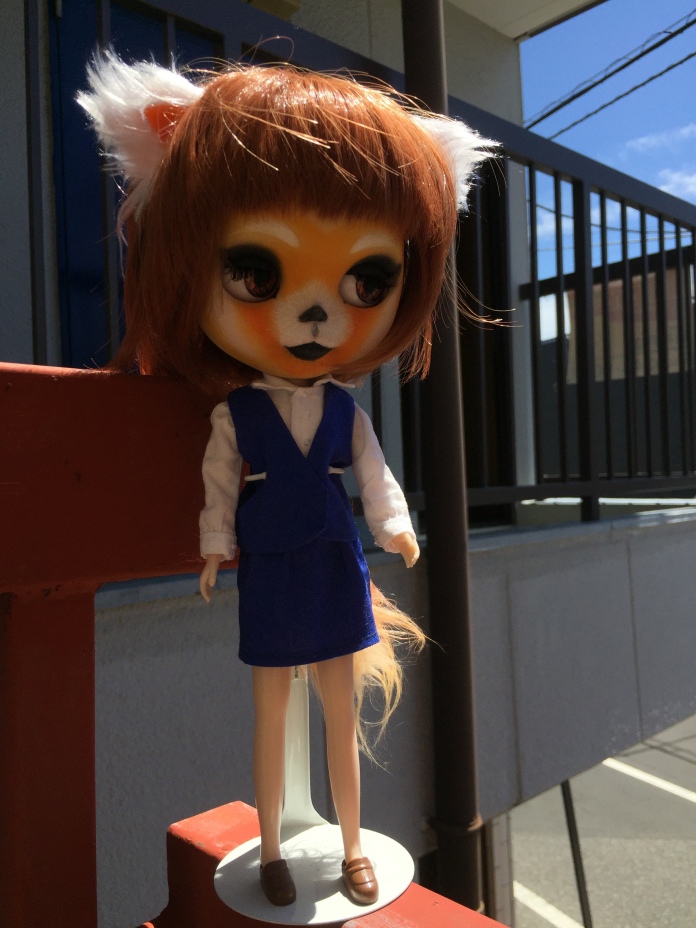 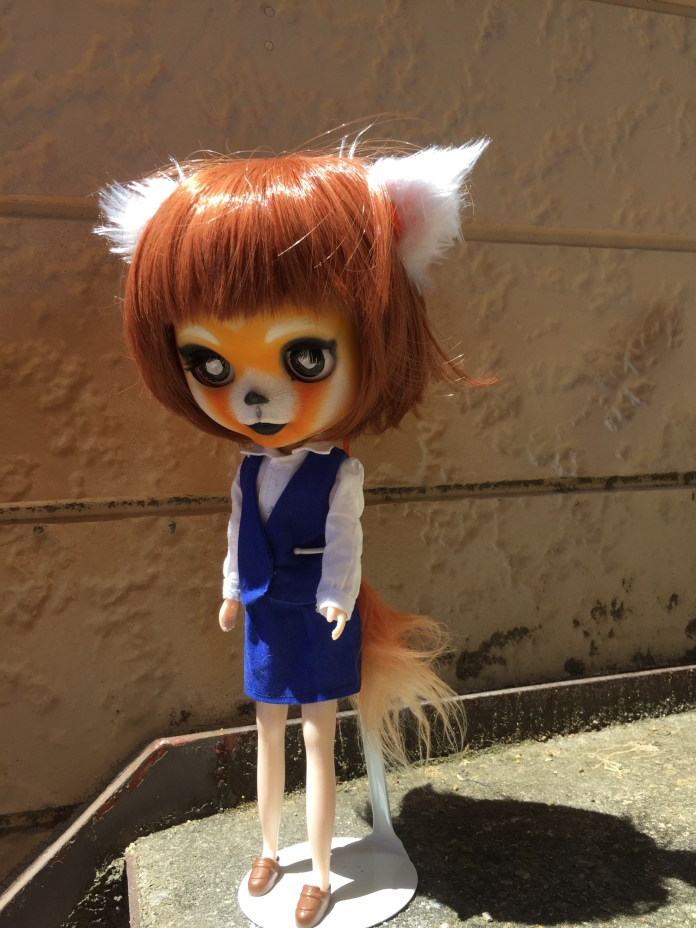 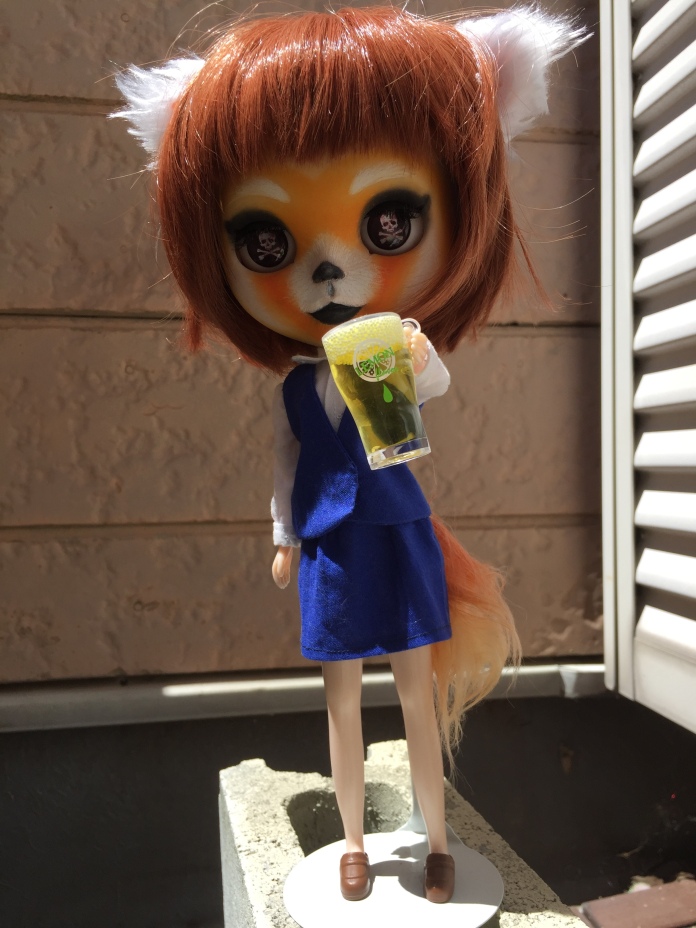