It’s come to my attention that when I post updates of what I’m working on, dollwise, it can be a little hard to follow if I show multiple dolls. Fair. I mean the “Groove” dolls (The company that now makes Pullips/Dals/Ect) are rather inter-changable once you remove their wigs and clothes and are sanding their faces. 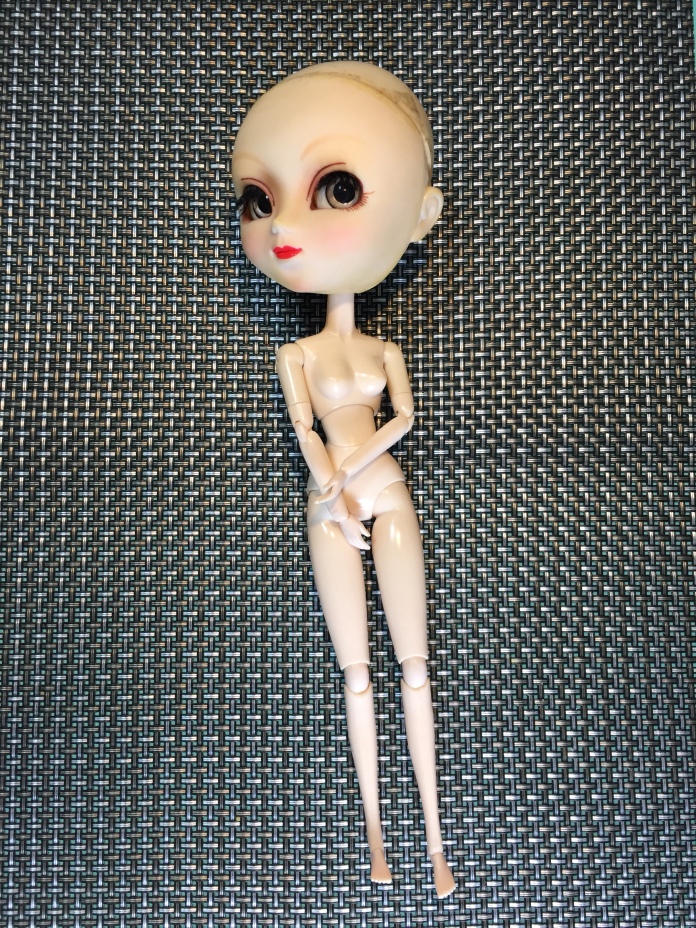 She’s the first doll I ordered from DollyTerria in Ikebukuro…and when I did I’d mistaken her from the Monomono Dal with the elf ears I’d eventually buy in person.

So I had a Pullip doll with no blinking eyelids or eyelid bars. This sent me on an adventure of buying eyelids/eye mechanisms only to learn the subtle differences between generations of heads/eye-mechs. Eventually I had eyelids and wink bars for her AND a whole different head from another doll with eyelids and wink bars AND picked up an extra Obitsu body for the new (2nd) head.

I see why this is confusing.

This is the doll that literally had a dead bug in her head, eww.

This is the face I removed. It’s not the original face of the original doll. Someone had already done one “faceup” on this and had put in new eye-chips that had once been intended for teddybears.

Eye chips are flat underneath so when using eyes intended for stuffed animals the prong that goes into the fabric (and then gets anchored with a safety screw) has to be cut off and sanded.

This is her face most of the way through repainting. Some of the pigment I used is actual eye-shadow instead of just chalk pastel and watercolor pencils, thus the shimmer.

I ordered these eyes from ChewyRabbit on Etsy. I ordered a 12mm which is a smidge small but work. 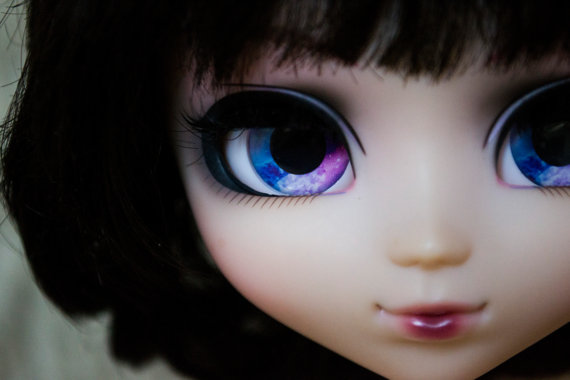 I sewed a dress…once more using the scraps of that skeleton fabric I STILL have. The gather is a little uneven but it adds “character”. 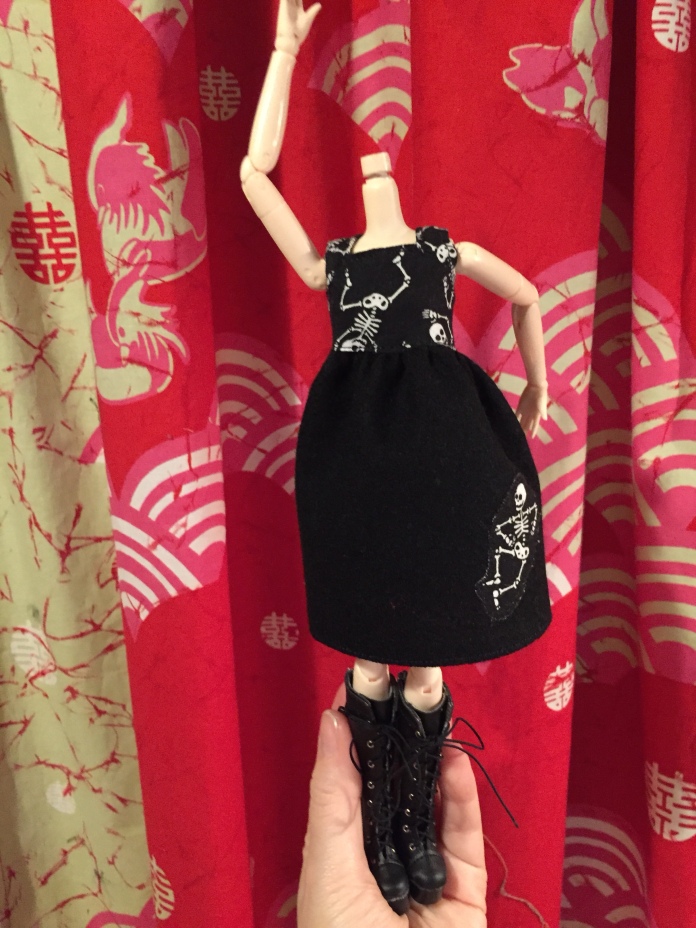 I picked up those boots (Azone) and a dark blue/black wig used (1,000 yen each) at Mandrake Akihabara. I don’t think I’ll ever want to make shoes. This is an Obitsu body,  I’m using it as the base body and have given her original body to the extra head. Confusion. No real reason for it.

Meet Ozma the Cat. I am Ozma the dancer (stage name) and my mother sometimes signs on-line replies as MOO, Mother of Ozmas. She doesn’t watch Game of Thrones.

Returning to Japan, I was happy to see my ChewyRabbit eyes had arrived! The next day, as I waited for my luggage to be delivered, I assembled Ronnie. I have a few weeks before I’m back to working both of my jobs, so expect many crafts to get completed…or half started..probably both.

The wig originally covered her half of her eyes. I trimmed back the bangs. She’s obviously a little evil and scary. The eyes strike me as too matchy-matchy with the eye color, but it’s grown on me.

A friend noted that she look a little Evil Veronica. That led to me I’m calling her Reggie (short for Regina) as the trio remind me a bit of Archie, Reggie, and Jughead.

She’s getting a fabulous jacket later…but riiiiight after posting her on Instagram and FB THIS  awesome thing happened. Meet my on-line buddy Caty T. WOOOOOO!

Caty is a MAC MUA who also bellydances and is AMAZING and young and talented. And I’ve already stolen a bunch of her looks for an inspiration file and am marinating on a Caty inspired doll because that’s the sort of person I am.