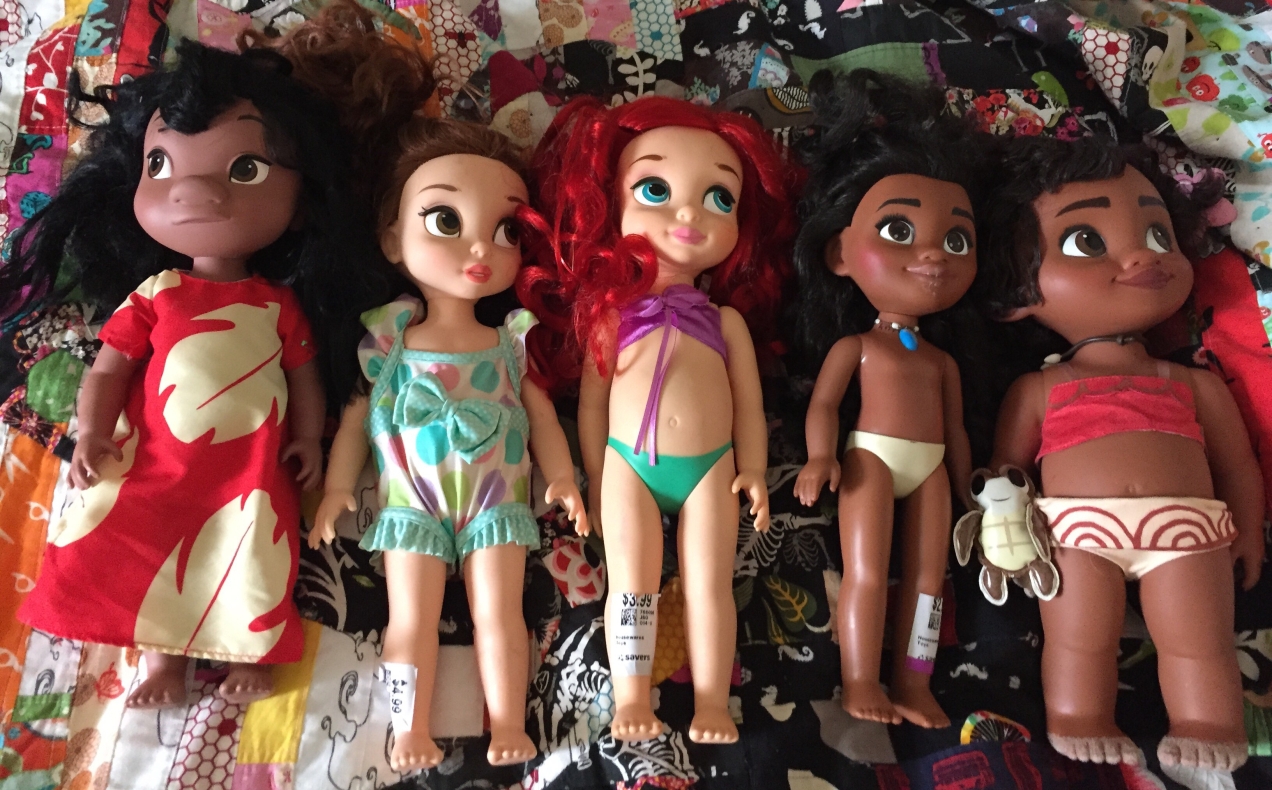 I woke up this Sunday morning with no plans, except to maybe clean my apartment.

It’s a little chilly out, not good for spraying fixative on doll faces, so I thought I’d put things in order.

While I was having my first coffee of the day my father ambushed me via FB video chat. His first order of business was to check if it was my first cup of coffee.

That’s how we roll in the family. We approach each other carefully, using the sort of low calm voice you’d sooth an angry animal with, and ask “Have…you had coffee yet?”

We chatted about family news, confirmed my visit to the homeland, and bid each other good-day/goodnight.

And then the dolls came.

Gina, an internet friend I first met back on Live Journal, had sent me a box of thrift dolls. I knew they were coming but I didn’t think they’d arrive today. I’ll soon be sending her daughter a box of Pokemon toys.

Gina! You didn’t need to track it. surface boat would have been fine but I’m happy.

My day today has been cleaning dolls…and it will flow over into night. Japanese recycle shops NEVER have dirty dolls with stains. Most of the Pokemon plushies I’ll be sending have ORIGINAL TAGS despite being thrifted. THIS is the sort of challenge I like.

I’ve started off with Lilo and Moanas. I have PLANS for Lilo and have since before craftsmas. You’ll just have to wait to know what she’ll become. 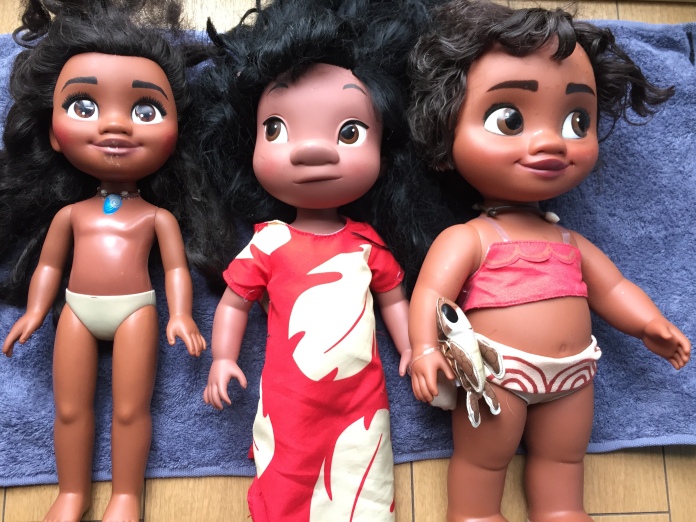 Disney Animated Moana was in the best shape…although she seemed to have coca-cola or soda sprayed on her and left to harden.

Moana Princess Toddler doll appeared to have vomited on herself. And her hair…um…more on hair later. This doll has eyes that can’t be 100% repainted because the irises are under a clear later of plastic…but I’ll figure something out.

Lilo has scuffs and hair issues as well. Seems to have been a very well loved doll.

First I set to scrubbing the bodies with a baking soda/dish soap/water paste…as seen on a you tube. 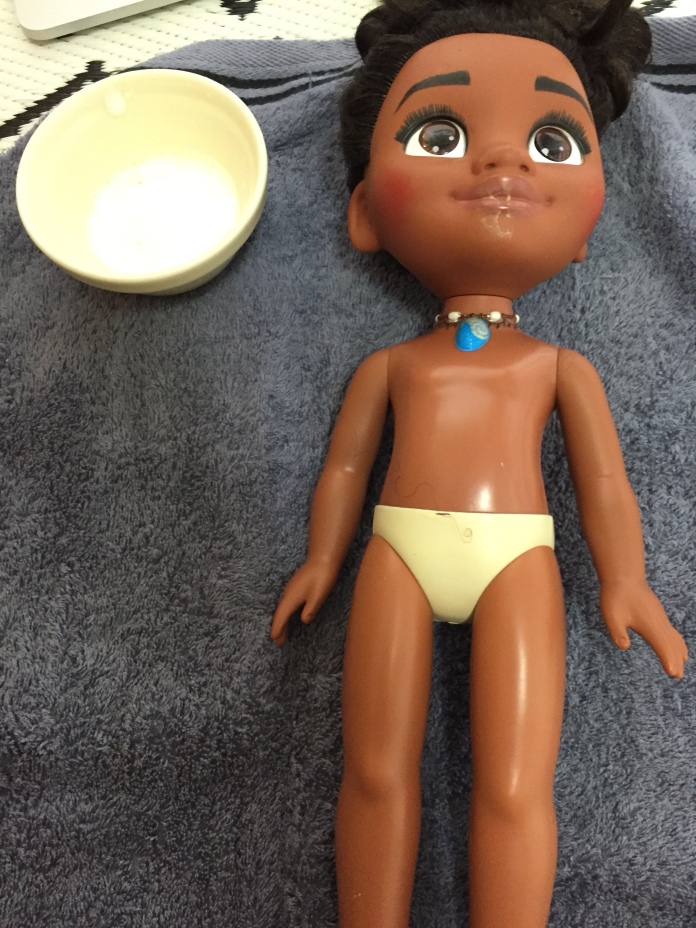 Moana only needed a scrub and a light hair washing. She’s such a cute doll I will probably only make her cute outfits. Gina’s daughter originally wanted to keep her and I was all “Yeah, no problem! She’s a child and gets priority over me.”

Then her daughter changed her mind and I was all “YES! YES! I WANTED THIS SO BAD YES!”

I love that she’s chubbier than the other Disney dolls. I think it’s because the movie actually had toddler Moana scenes they had to stick to instead of being theoretical versions of the characters as kids.

And that brings us to the horror of doll hair.

There’s NO pre-soak combing. I even went and got more plastic combs with wider teeth for this. I’ve been dipping in boiling water, soaking in fabric softener, re-combing, and swearing. 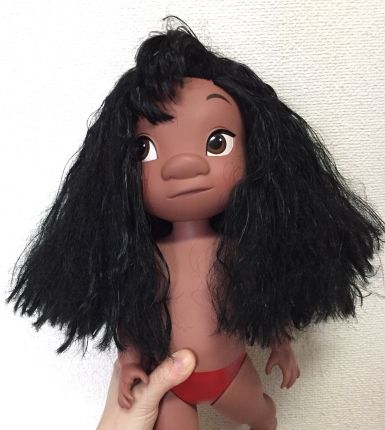 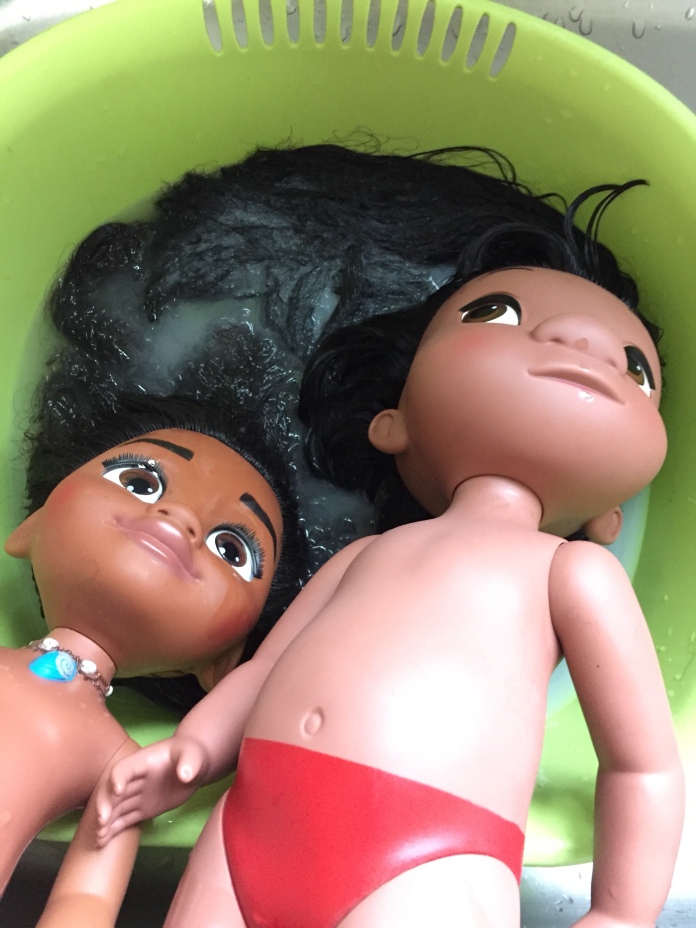 The crazy thing is is that once I’ve got it all straight and silky I’ll probably go through a boil perm to give them wavy hair again…but the 100yen shop has plastic curlers which should help.

They’re both back to soaking before more untangling..and when the sinks free up I’ll start soaking Belle and Ariel. Ariel’s been scrubbed and her hair was easier to comb dry. Belle’s got scrubbing and hair swearing to come.

The likelihood that Belle is going to have blue eyes and glasses is PRETTY HIGH. Sure. her hair is a little lighter than mine, but is it lighter than my natural hair color? I don’t know, There’s no way of ever knowing.

I couldn’t leave Animator Moana naked so I raided Snow’s stash…only to find that the dresses that were a little too big in the shoulders for Snow are Too Small for Moana. Moana actually needs the larger Mary Frances style dresses…so she’s chilling in the skull morning dress and serving up Baby Goth Realness. 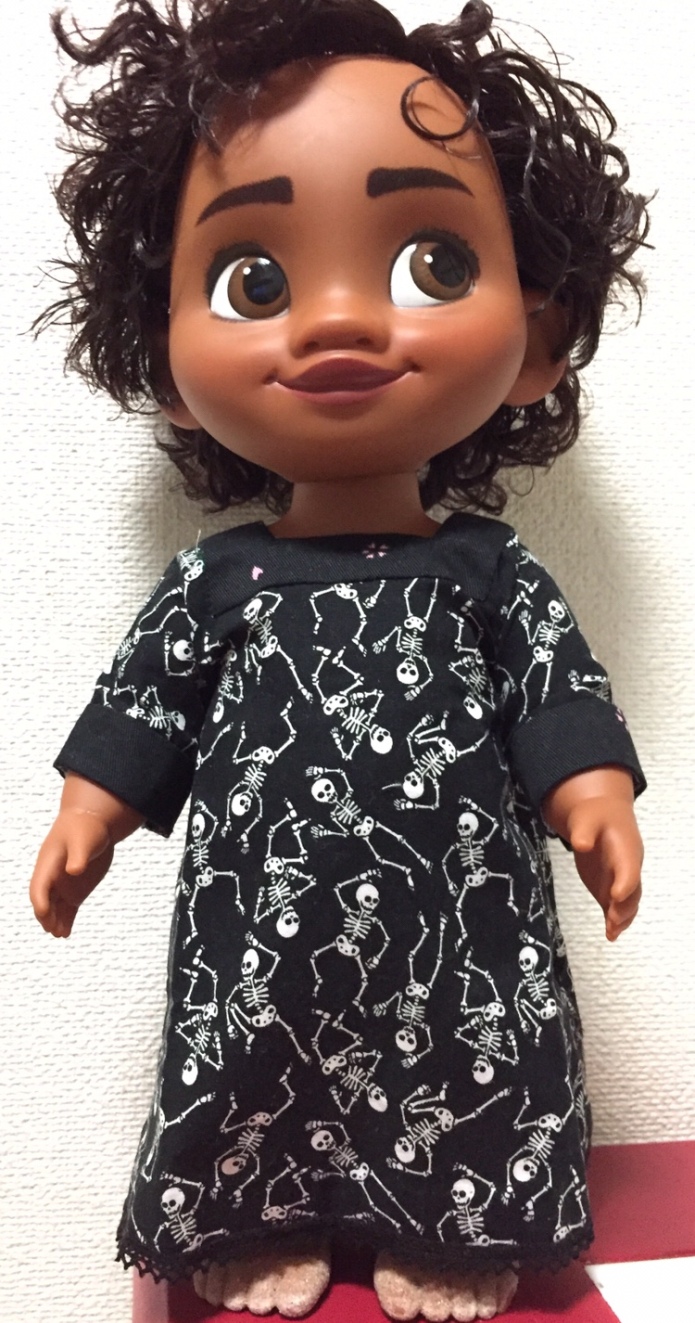 So, MORE dolls to come. If you’ve lost track…don’t worry. I have too.

One thought on “A doll for every sink.”