I’ll be your Craft CEO for this post, you can call me Executive Dysfunction.

We’ve had a few setbacks.

The wink bars and eyelids I ordered for the Pullip doll? It turns out they’re for Isul, Pullip’s boyfriend. These are the details you sometimes miss in a second language. The heads are different enough that the eyelids and wink bars are both unsuitable for Pullip. 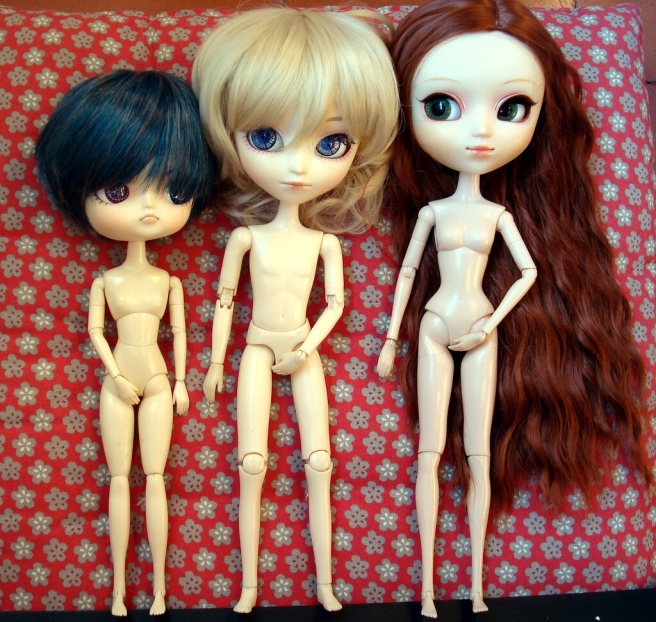 Lesson learned. My unscientific searching leads me to believe like eyelids are the most easily lost part of the eye-mechs and heads that have been modified.

I’m buying a complete set of eyemech (eye mech/wink bars/eyelids) off Yahoo auction this time. This set is from the Evangelion Asuka Pullip doll. I read more carefully this time. Asuka (the doll) must have had something traumatic happen to her, both her her eyes and her outfit are up for sale in separate listings.

The Japanese term for the Pullip doll and Blythe doll eye mechanism is アイギミック/aigimikku or “eye gimmick” which I find adorable.

I’ve also been watching videos of people getting the MIO “Make It your Own” Pullip sets. these are occasionally released by the Groove company and you assemble your own dolls from a blank set. Some of the YouTube creators ditch the body all together and put the newly created head on an “Obitsu body” as those bodies are higher quality…I think.

Turns out I’m in the land of Obitsu bodies, they’re everywhere you find BDJ AND auctions where people just sell disembodied Pullip heads…I’ll probably try both MIO and HEAD rescue (once I get used to making clothing] 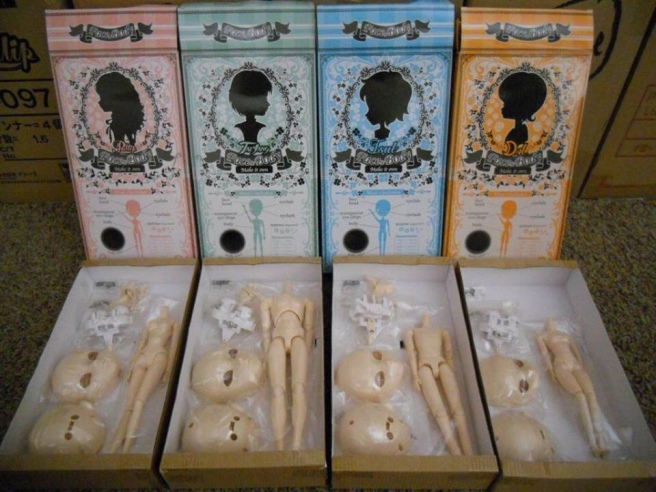 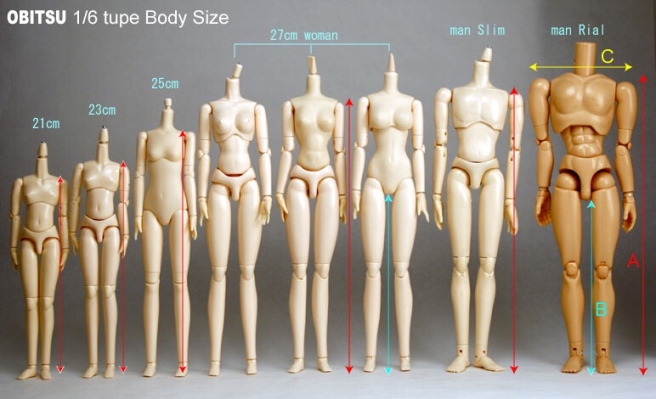 I just can’t bring myself to spend more money on doll clothing than I spend on my own…so I’ll make it.

Sunday I went to Akihabara and bought Pullip eye chips (the iris and pupil part of the eye) and…who am I kidding…a MIO Dal Doll kit in Mocha Skin. 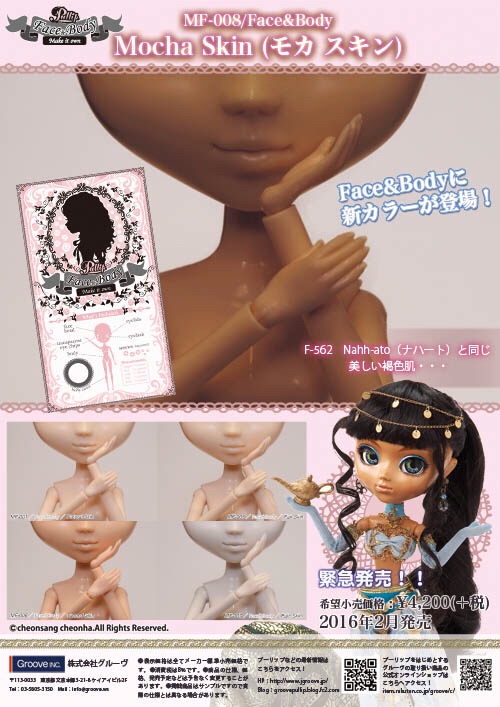 Because of course the darker skin is “exotic” so let’s bring on the Orientalism with a belly dancers. (Eye roll)

These are the other colors…Natural? (Gagging noise).

The lengths at which black women into dolls have to go to to create or buy something that represents themselves is maddening. This weekend I saw a heartbreaking post from a woman who’d tried to dye her doll, after researching the process, only to find out the arms and legs on her dolls used two different plastics with different dye absorption abilities…some areas were a beautiful deep brown while others were a muddled ashy hue.

I’m keeping an eye on the suggestions, as I’d like to be able to do some of this if my friends every need it for themselves or children they know. It looks like water-based spray paints for plastic/airbrushing with water based paints is the answer.

Anyways, back to my Sunday. I bought eyechips (a two pack, dark purple and dark green) for a Pullip and was all set to put them in my Dal doll eyes…as Dalis supposed to have the same chip size as Pullip.

And they were too big…but not by much. I got out my sand paper and slowly sanded the acrylic chips down until they fit properly. HA! 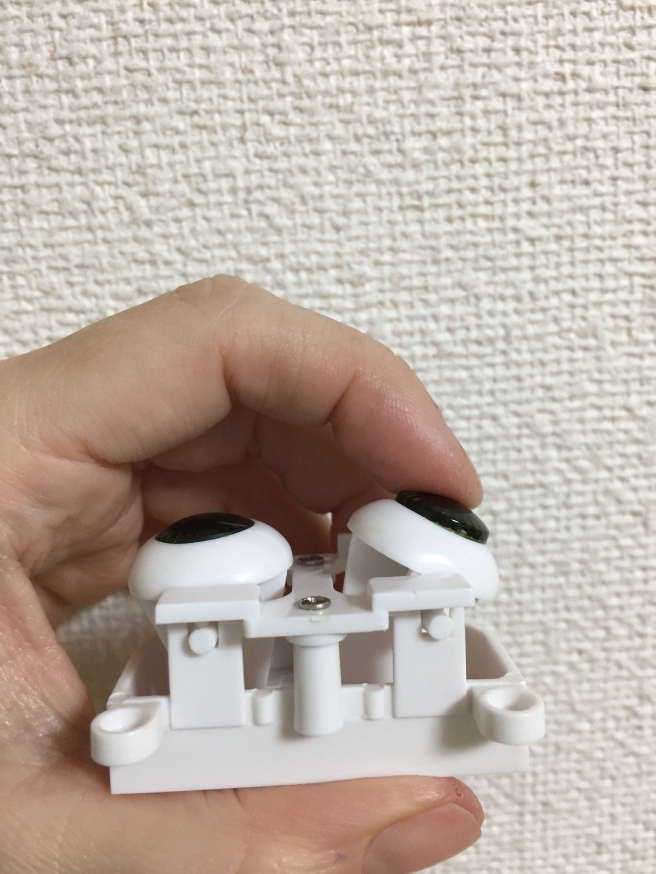 Midway through sanding. The left is finished the right is just starting.

I tried out the eyes. Dal only has eye gimmicks that can be shifted from side to side with a switch at the back of her head, no moving eyelids.

I didn’t screw her head together because she still needed a hint of eyelids. That’s just TOO much eyeball showing.

I sanded the paint off the eyelids I’d removed, far more than I had to because they amount that is visible is tiny, but the color was too light as is. 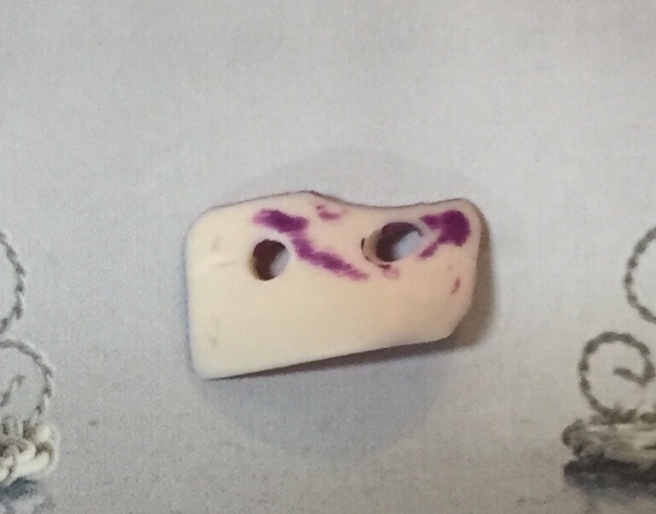 I then prepped them with fixative, colored them with pastels (a layer matching the flesh tone and a dusting of black) and then painted them with an acrylic gloss.

Time to attach fake eyelashes with a water-solvable glue. In America you might use Elmer’s, in Japan the white glue available is BOND.

I never don’t have a pack of false eyelashes at home. They are essential for bellydance gig makeup. Seeing people ordering lashes for their dolls makes no sense to me. I even know which convini stores here stock lashes in case of emergency. I just cut a pair to fit the mini lids and, after the glue became tacky, applied the lashes to the lids and waited for it all to dry.

But not a wig yet. The wig I used fabric softener stemmed a little greasy so I re-rinsed it and let it dry. Instead I put Dal’s former wig and outfit on her for photos. It’s just attached with a tape loop. I tried to use the doll stand she came with but her feet didn’t touch the base and her wig tipped her head back and fell off, so I sat her down.

The wig, once dried, is, of course, waaaaaaay too long for her but because it’s a 1,000yen (10usd) used wig I have no problems cutting it. I’ll have to go back and thin out the edges later. 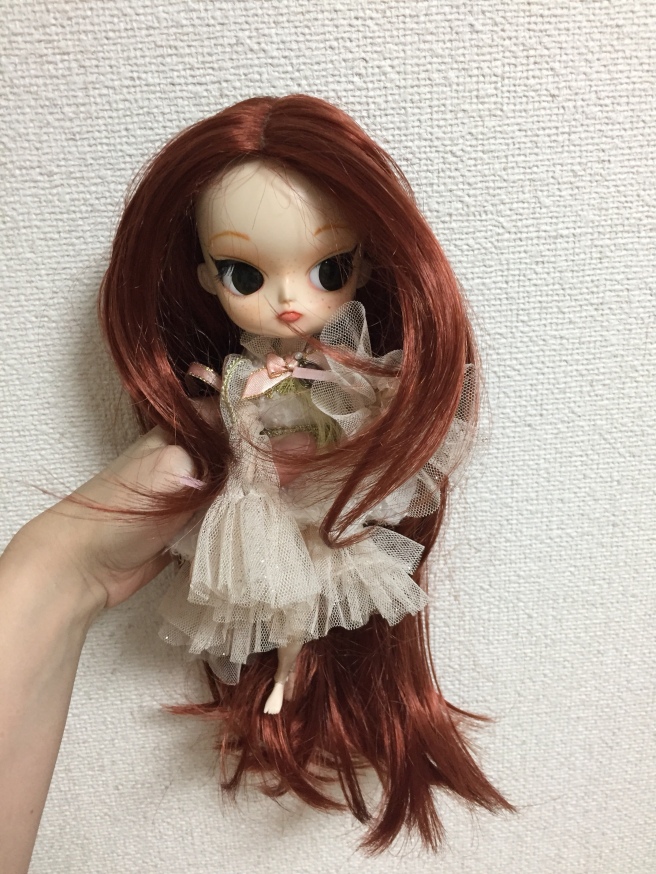 She’s shaping up. I’ll formally attach the wig when I’ve finished adjusting it.

The doll’s personality really did change as I made her. My original outfit idea will be scrapped as I think on what suits her. 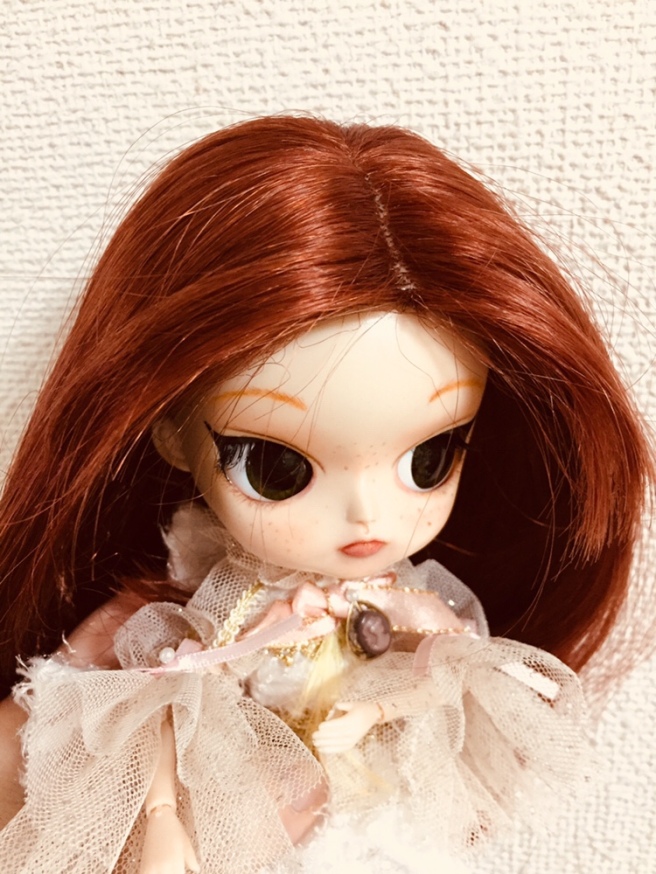 Did I use the fashion croquis I made? No. Maybe someday I’ll have the sort of planning brain that can do that, plan from the beginning stages. I wonder if working on that skill, on this small insignificant thing, would help me and my life as CEO Executive Disfunction.