Excerpts From
The Mary Frances sewing book; or, Adventures among the thimble people
Fryer, Jane Eayre, 1876

Don’t you want to go with Grandma to-day?” asked her grandmother of Mary Frances.

“Where, Nanny?” inquired the little girl.

”Well,” said Grandma, “I’m going to take a trolley ride through the park.”

“Where the monkeys are?” inquired Mary Frances.

“I dearly love monkeys,” said Mary Frances. “They crinkle up their faces so!”

Monkeys that live in parks are never nice monkeys.   It’s nothing against monkeys. Monkeys by themselves are fine, delightful even. Monkeys in parks have had multiple interactions with humans. We are horrible. We are a bad influence.

My monkey experiences are skewed by the fact I grew up in Madison, Wisconsin. You may not think of Madison as being famous for monkeys. Unfortunately in our zoo we had a collection of monkeys that were descendants of Madison’s famous rhesus macaque laboratory monkeys from Harry Harlow’s behavioural research. Ya know, wire-mother/terrycloth-mother, fear-test monkeys, and infant isolation chambers. Those descendants were not ok and were worse than your average monkeys who have had to deal with humans on the regular.

I live in Japan now. Asian park monkeys are known for robbing people and stores of their edible souvenirs and being generally ornery and aggressive. I have had to try and distract a monkey so it would drop a bag belonging to my friend that held candy AND her wallet. 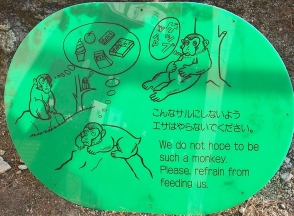 Miyajima’s monkeys are such monkeys. 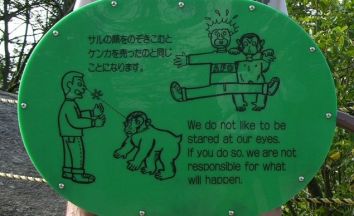 We never get to learn about Mary’s local park monkeys. Mary runs up to grab her hat but stops to listen in at the door of the sewing room, where she hears the Thimble People excitedly chattering about the next project, a ‘flannel pet’.

“The dear things!” thought Mary Frances, “and I was going to run away! What can a flannel pet be? Is it a flannel cat, or rabbit, or dog?”

“Listen, Nanny,” said the little girl leaning over the banister, “will you feel much disappointed, dear Nanny, if I don’t go? I— I—”

“Why, no, my child!” said Grandma. Mrs. Bennett is going with me, so I’ll have company, but I thought you’d be lonely. Good-bye, dear,—take a nap if you feel like it.”

Mary, you weren’t going to ‘run away’. You were going to have social interactions outside!

I can’t be too harsh though, I have canceled human interactions for craft time. I have some social anxiety issues. I might also pass on monkey-laden parks if offered the chance.

Of course Mary soon learns that she’ll be making a petticoat, not a flannel animal. Actually, this chapter is all about making an underwaist of flannel, not the flannel petticoat which comes in the next chapter…a fact that confused me to no end. 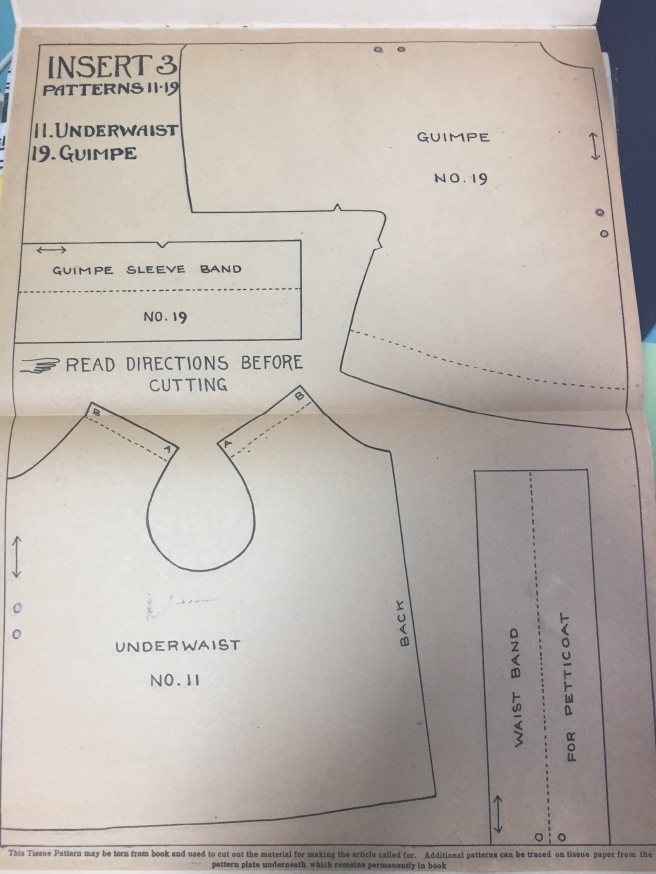 The Underwaist is our first garment that doesn’t use the T shaped shoulders. HUZZAH!

Of course I wasn’t going to make a bland under-garment. I was going to bust out the patterned fabric and make a dress.

The skirt doesn’t use a pattern. It’s just a measured rectangle that gets hemmed, joined with a felled seam, and is gathered at the top edge before being joined to the underwaist top.

Tutorial for felled seams at Colette.

I used two rows of machine stitching to better gather the seams this time, lesson learned, and I finished the edge with a decorative feather stitch as suggested by the book.

The top is lined to protect/hide unfinished seams. I opted for snaps instead of buttons.

if this seems like a rushed description, WP ate a chunk of my text earlier. 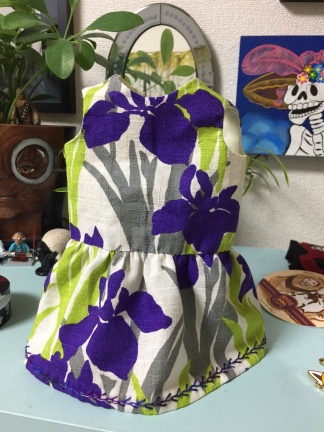 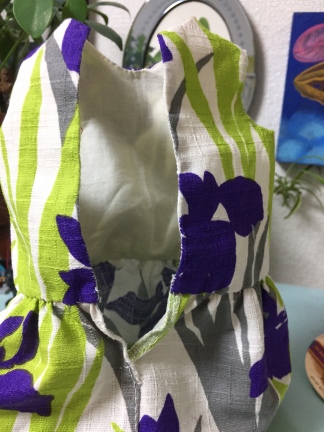 Mostly finished but no snaps.

But I actually wasn’t finished. I wanted cleaner shoulders so I started draping my doll and consulting a tutorial for drafting your doll’s bodice. 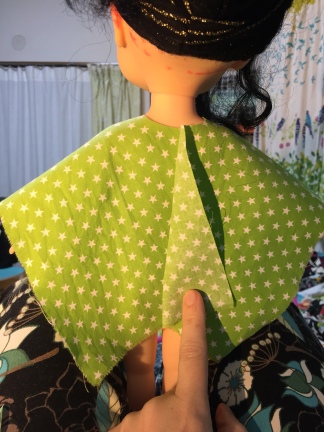 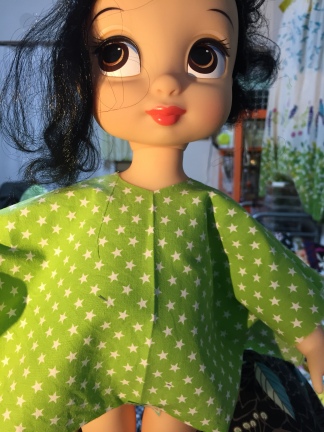 And I started using YET MORE of my Star Trek fabric. 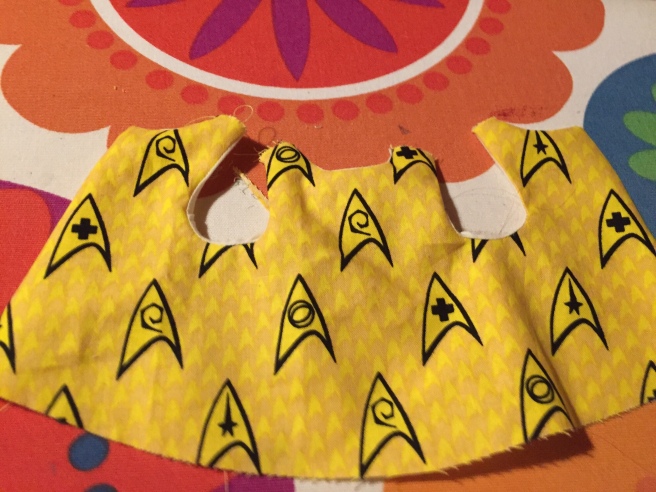 I even felled a FEW seams because i didn’t have a long enough scrap for the skirt. 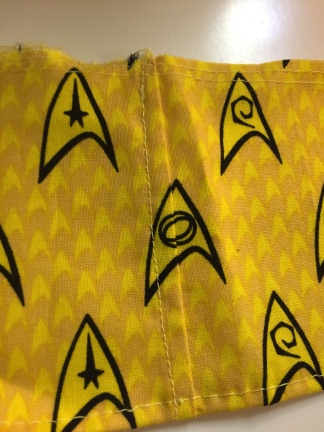 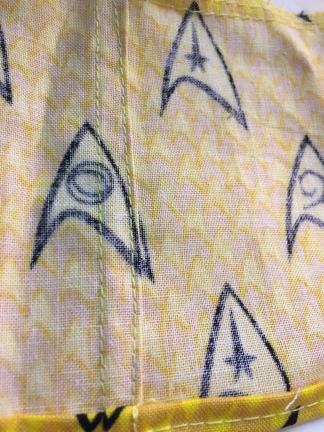 Check out that pattern matching! The skirt was temporarily machine bias hemmed and then finished by hand. 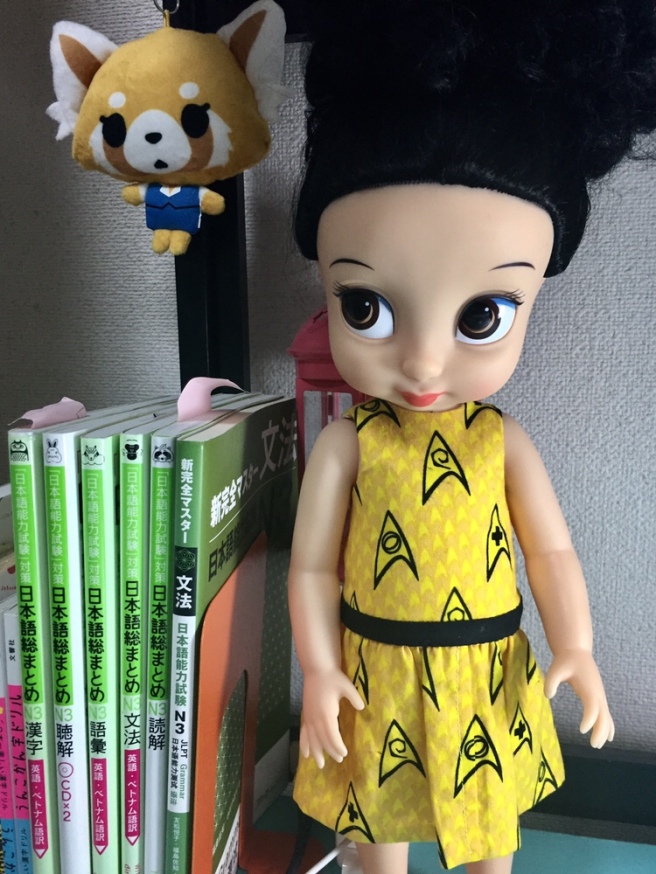 I figure I can play around with this bodice and raise the waist and hem and such for a variety of cute skirts.

I’ve also learned where I draw the line.

I’ve been working on a secret project and lemme tell you…Barbie clothing, even at it’s most simple, is too fussy for me.

One thought on “XXIII:Mary’s Flannel Petticoat”