I’m off to see Star Wars: The Last Jedi.

This prompted the realization that I haven’t a single SW item to wear, not even an accessory. And I live in Japan which may well be the second most SW crazed country and home to much merch.

True, I’m not exactly a geek-t-shirt girl…but I’ve got a few Wonder Woman items in rotation AND I did some serious geek craft after Episode 7.

Specifically: there were no Maz Katana toys when I wanted one.

So after making myself an R2D2 planter….I went full art-geek and painted a Maz. It was winter break from teaching and on my breaks I get insanely productive. 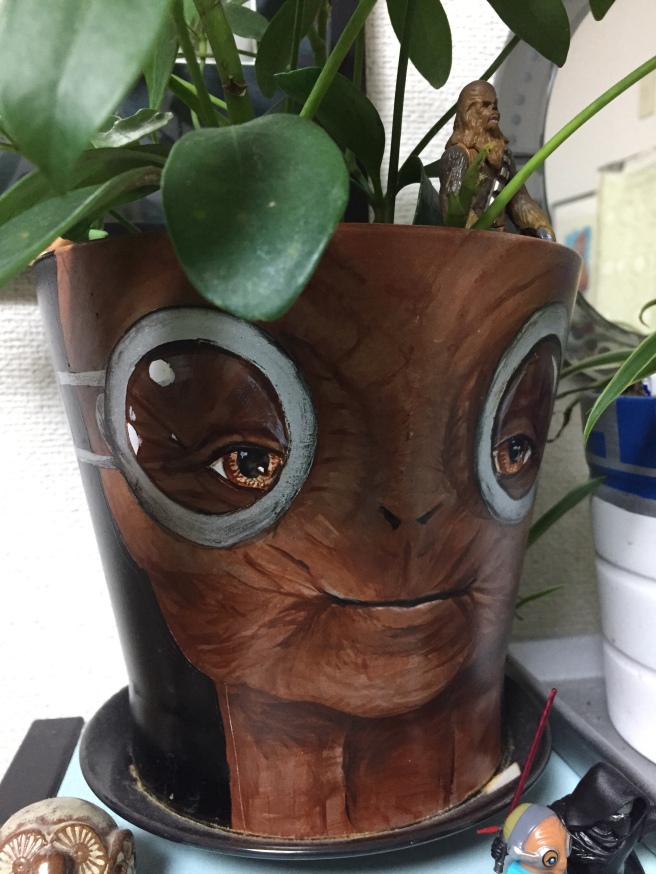 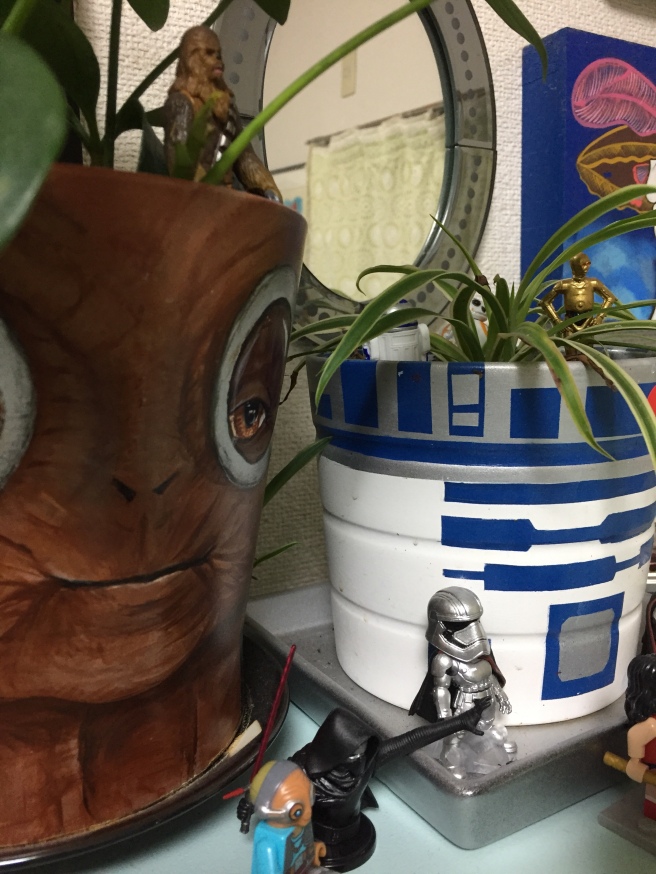 You’ll note all the figures. Yeah. I can explain.

The standing C3PO came from a kinder-egg I bought on a whim hoping for a C to keep R company.

Chewie I bought after friends kept saying Maz needed him. I picked up a mini Captain Figuring Strong ladies stick together. Rei is in my kitchen.

My good friend Randy gave me bobbling Maz and the LEGO trio of my ladies: Maz, Wonder Woman and Alice. I picked

The rest (sigh) are my current weakness. In the lead up to the Last Jedi release there are more Kinder Eggs and there’s a Maz in the series.

I’ve been buying so many kinder eggs. No Maz. More disappointing than getting my 4th C3PO is when it’s another ship/fighter. That’s not my jam! Not again!

Which gets us to my Viewing Outfit.

Black dress and red tights. Let’s all admit the dark side has the better look, ok? The creams and beiges of the other side made me look pale and sick. Some whites work on me but others make me look like I’m in camo designed to blend in at an appliance store.

Dramatic lipstick and I drew on my eyebrows. I looked tired before. Now I look mildly dramatic.

But…what’s that on the horizon? 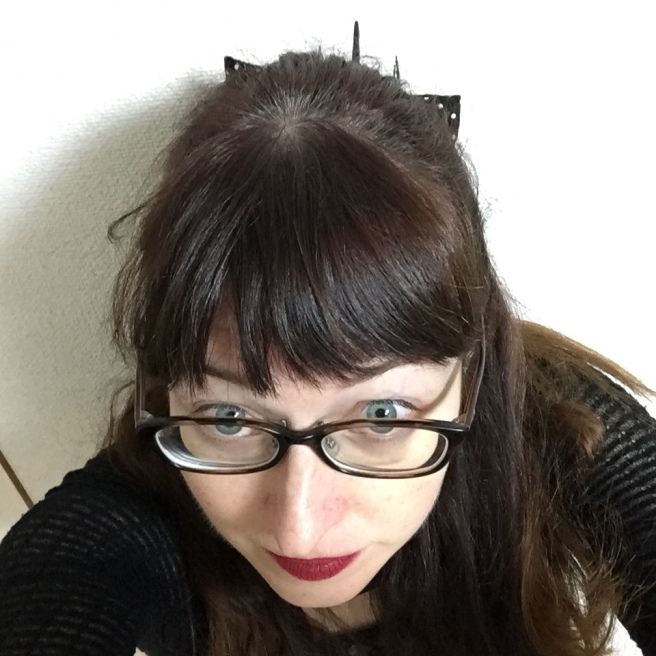 So, as I mentioned, the night was young and I have a glue gun. And those kinder-eggs keep giving me fighters and C3PO.

These are the droids I am no longer looking for!

But, I didn’t have a blank hair clip to make, say, C3PO emerging from golden fabric flower. 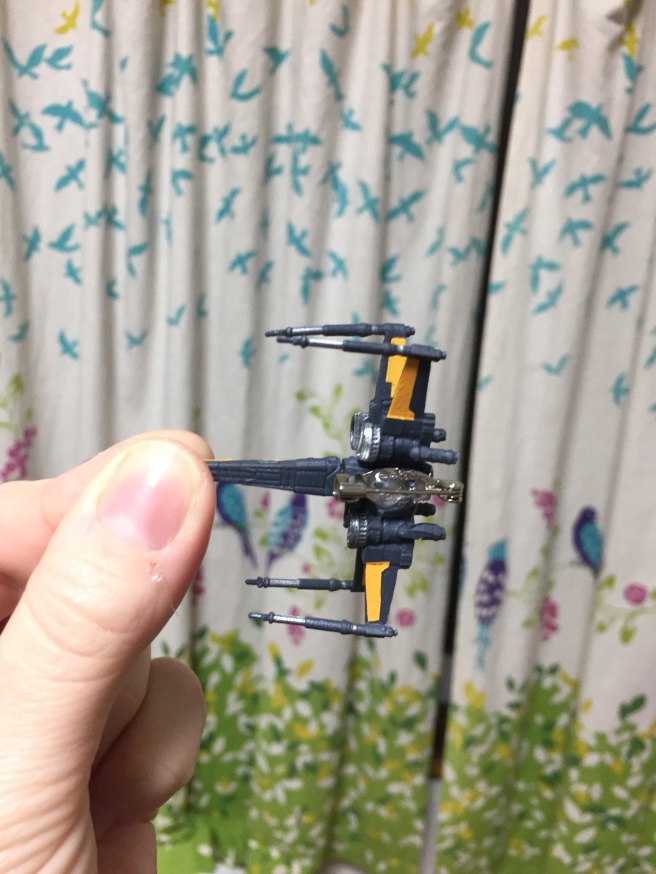 One thought on “The night is young and I have a glue gun.”